The Austin Film Society's current series is devoted to films whose greatness serves as a tribute to George Morris, the Film Society's mentor and "patron saint", and a former film critic for The Austin Chronicle. John Ford's Southern comedy, Tobacco Road, was made in between two of his masterpieces, The Grapes of Wrath and How Green Was My Valley. The screenplay was adapted by Nunnally Johnson from the stage play by Jack Kirkland, which was adapted from Erskine Caldwell's popular novel about low-rent lowlifes. Much of Caldwell's dialogue and social observations was sanitized for Hollywood consumption and the film was widely criticized for the bowdlerization. Most of what remains comes across as a comedy about shitfless Southerners. Still this is a film by the great John Ford, one of the most admired and analyzed film directors in history. And if the "auteur theory" holds true, then the worst film by John Ford is better than the best film by any of this week's MTV-breakout directors. The film will be introduced by screenwriter Clark Walker. For more info on the series (and more reviews by George Morris) see the May 28 Screens section of the Chronicle, call the AFS at 322-0145, or see www.austinfilm.org. 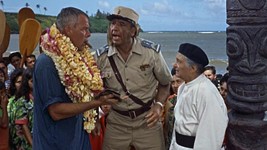 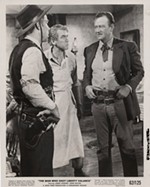