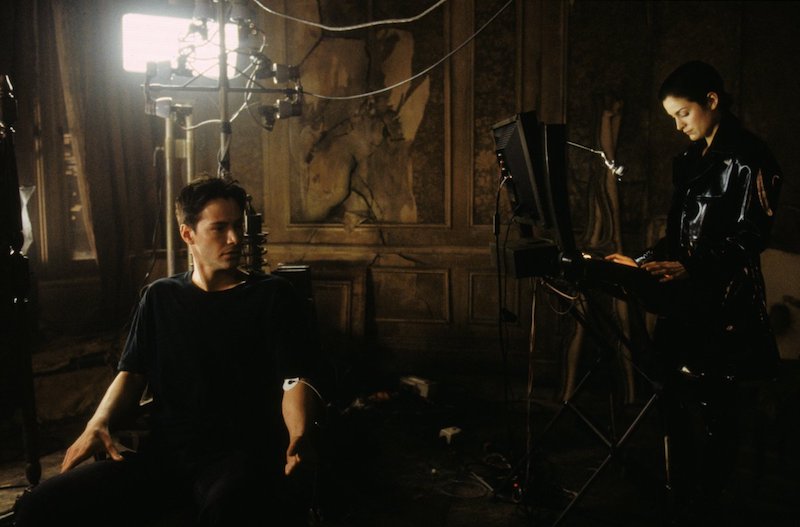 “Unfortunately, no one can be told what the matrix is. You have to see it for yourself,” intones a grave Fishburne over the film's television ads. I hate to say it, but he's absolutely right. Cobbled together out of bits of pop psychology, cyberpunk lore, and what feels like those old late-night bull sessions during which you and your dorm roommate would argue about whether reality is just the dream of some sleeping giant, The Matrix is a heady, challenging ride into one of the most fabulously constructed science fiction parallel universes this reviewer has ever seen. Beyond that, it's an action film with – sorry, gang – Keanu Reeves as a modern-day hacker with dreams of something more.

What, exactly, that something is shall remain nameless – The Matrix is loaded with gut-punching surprises that are best discovered on their own terms. It must be said that Reeves acquits himself at least as admirably here as he did in Speed, although a few sequences in which he attempts to play the lantern-jawed badass elicited minor giggles from the audience. Allied with Fishburne's mirror-shaded Morpheus, Moss's leggy, PVC-clad Trinity, and Pantoliano's wisecracking Cypher, Reeves plays a lone-wolf warrior, Neo, who acts against the futuristic forces of darkness. And what forces they are! Headed by the supremely creepy Weaving as the relentless Agent Smith (think Terminator meets the X-Files' Cigarette Smoking Man), Reeves and his crew put themselves through some of the most rigorous stuntwork this side of Jackie Chan (indeed, the martial arts sequences, of which there are many, were overseen by longtime HK fight choreographer Yuen Wo-Ping of Once Upon a Time in China, among others).

The real star of The Matrix, though, are the countless breathtaking computer and optically generated effects that litter the screen like explosions in a Richard Donner film. Rarely have so many startlingly original images been thrown into a single storyline, many of them featuring a new process called “bullet-time photography,” which utilizes “dynamic camera movement around slow-motion events approaching 12,000 frames per second.” Enough of the tech stuff, though. Really, the only thing you need to know is that The Matrix doesn't just raise the bar on sci-fi and action films, it rips that sucker off and sends it spiraling into the sun. In short, the Wachowski brothers (Bound) have broken through into a whole new ballgame here, not just in terms of graphic design and effects work, but also in editing, sound, and all the other parts that make up a terrific action film. If this sounds like your cup of firepower, let me say that I highly recommend seeing this one in the largest and loudest theatre you can find. It's not for everyone, of course, but I guarantee you fans of firecracker sci-fi cinema are going to be talking about this one for years to come. Bravo! 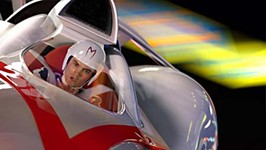 Speed Racer
The Wachowski brothers' hyperbolic film is supersaturated with outrageously eye-popping visuals, but there's nary an honest emotion in sight. 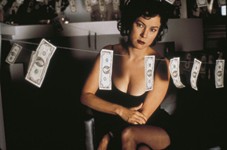 Bound
The impressive co-directing debut of the Wachowski Brothers has visual style to burn – not to mention a hot story about two women who fall in love and plot to pilfer a couple million from mobsters.