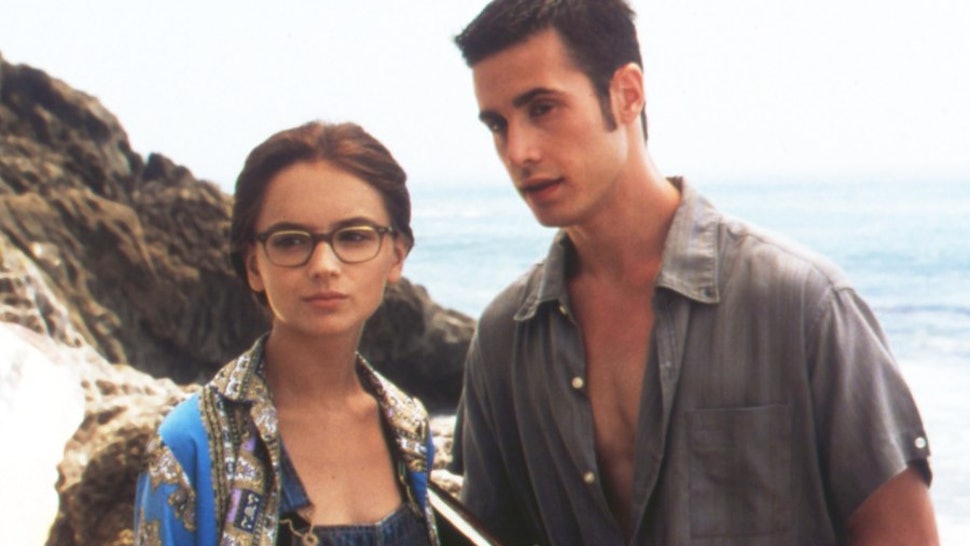 After the surprise success of the recent Jennifer Love Hewitt coming-of-age comedy Can't Hardly Wait, I privately hoped for a return to popular favor of that Eighties cinema stalwart, the teen-sex comedy. After all, if Kevin Williamson can single-handedly usher in the rebirth of the splatter-cool, could The Penultimate American Virgin be far behind? Judging from this tired, painfully obvious stab at modern high school mores filtered through the spotty lens of Pygmalion, the point is moot. When senior BMOC Zack Siler (Prinze Jr.) finds himself left high and dry by his longtime paramour Taylor (O'Keefe) upon returning from spring break, he wagers his best friend Dean (Walker) that he can turn any one of the school's waify wallflowers into the next prom queen. When Dean sets his sights on tortured-artist type Laney Boggs (Cook), Zack initiates a series of “random” encounters and eventually insinuates himself into Laney's muddled, paint-bedecked life. Although She's All That may have its heart in the right place, Iscove and writer R. Lee Fleming Jr., do precious little to update the story. Teen-comedy stalwart Lillard (who, at 29, is getting a bit long in the tooth for these roles) is tossed onboard as a Puck-like refugee from MTV's The Real World, although even his mugging to Rick James during a convoluted party sequence wears thin in mere seconds. As the portrait of high school suffering, Cook is a diamond in the rough -- if anything, she's too cute to be chosen for this rogue's scheme, and not nearly enough of the closeted artiste the story seems to want her to be. The film treats Prinze Jr. with equal diffidence, shading the character of Zach with just enough hues of gray so that he can ride roughshod over the film's final 30 minutes. Equally clichéd when it comes to either of the sexes, She's All That runs the gamut from confused to confusing, with plot schematics tangled up in third-act jumbles that creep up out of nowhere. One such bizarre sidetrack -- a last-minute threat of impending date-rape -- sets the stage for a sequence that either was never intended to be shown or was hastily pulled after the fact. No explanation given, except for a tired denouement by Kevin Pollack as Cook's well-meaning father. Shoddily constructed out of bits and pieces of previous genre triumphs, She's All That is as dull and droning as the fluorescent lighting in your old study hall. 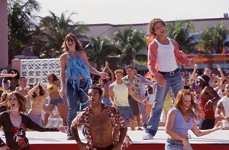 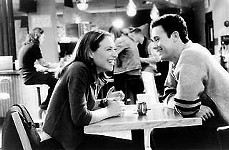 Boys and Girls
There's a reason why we consistently fork over seven bucks for a love story. Most of the people populating the planet are either looking for ...