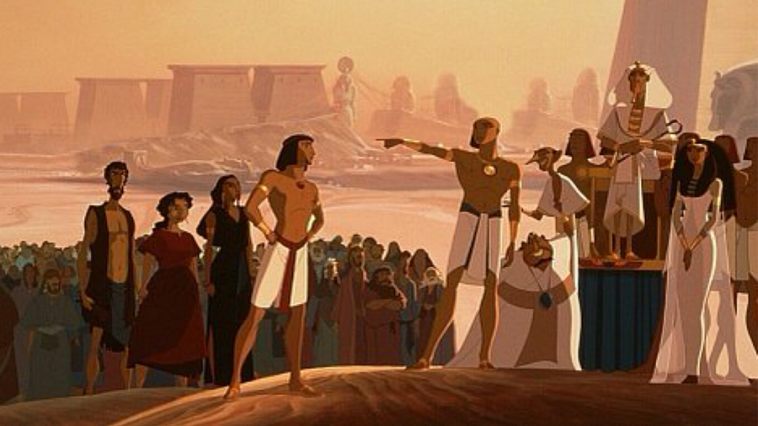 The Prince of Egypt

DreamWorks executives are hoping that their new animated feature The Prince of Egypt will be the chosen one that will lead the young studio into the promised land. Like their source material, the Book of Exodus, the studio may have invented a movie with enough moxie to wake it from its second-class status, yet the studio may be forced to wander a few more years in the desert before finding a work with enough purity of spirit to pass into animation's holy ground. Indeed, The Prince of Egypt accomplishes extraordinary feats of animation. The movie's pictorial realism and illusions of three-dimensionality are landmark progressions in the art of animation. Watching the movie is a genuinely thrilling experience, as such things as the harrowing hairpin turns of chariot races and the teeming spectacle of purely invented cast of thousands are balanced with such delicacies as the fine details of human images and physical motion. Plus, there are no overly cute animals or singing/dancing inanimates (although I suspect that if anyone truly thought they could get away with a Burning Bush song-and-dance routine without appearing disrespectful -- or something like a God of Hellfire Arthur Brown knockoff, then we'd all be tap, tap, tapping at heaven's door right now). The astonishing realism of The Prince of Egypt's imagery, however, calls into question the supposition that this four-years-in-the-making illusion is the pinnacle of animated artistry. However, now that cartoons have been shown to be capable of aping the look of a live-action movie, we should ask ourselves what this advancement has accomplished and whether something unique to the art of animation has been lost along the way. It seems to me that animation's most salient characteristic is its ability to defy all human rules of nature, logic, and physics. Making an animated feature look and behave like a live-action narrative film seems a goal with intrinsically dubious merits. Of course, these are questions for the long haul, questions that are not meant to denigrate the majesty of The Prince of Egypt's images -- and there is majesty in some of them -- but rather guide us in a discussion of the state of the art form. As breathtaking as many of this film's precision images are, I have to admit that my favorite sequence is the film's most unrealistic, as the hieroglyphic pictographs come to life and dashingly tell the whole saga of Egyptian power and Hebrew enslavement and quite inventively tell the story of lifetimes literally spent up against the walls. Apart from the animation techniques, The Prince of Egypt also raises fascinating questions about subject matter and marketing. The filmmakers have chosen to retell “the greatest story ever told,” a story whose efficacy has been tested through the millennia. Yet in its drive to become all things to all people the story has lost most of its religious context. The God of The Prince of Egypt is more of a master illusionist, an alchemist who can turn a staff into a snake or the Nile into a river of blood, the capo di tutti of all the special-effects artists who ever were. The filmmakers should be given credit for retaining the Old Testament's version of a vengeful God, one who can smite first-born male children and wreak other plagues and devastation on those not in his favor. Yet to this god, the sole sin of the Egyptians is their commitment to slavery and not their unwillingness to renounce polytheism for monotheism. It ends up being a very secular version of ancient events, one that has much less religious baggage attached to it. Calculating universal acceptance is even more difficult in a situation such as this, in which most marketing tie-ins would seem crass and sacrilegious (Ten Commandments Mad Libs, or Holy Tablet Etch-A-Sketches, anyone?). Thus, we see as the main marketing ploy a series of tasteful musical tie-ins. These "music inspired by the movie" CDs and TV specials, not incoincidentally, make the most of the film's voice talent. DreamWorks has gathered for the movie and for these extracurricular projects an amazing collection of voice talent that complements the film's stunning technical achievements. In all, The Prince of Egypt may not rank as one of the great wonders of the world, but it sure ain't no pyramid scheme either.

Mars Needs Moms
Based on a children's book by Berkely Breathed, this animated film looks good but lacks emotion. 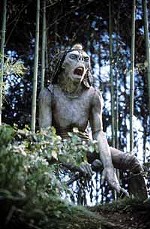 The Time Machine
It's rarely a good sign when a production's original director calls it quits 18 days before the end of shooting and has to be replaced. ...