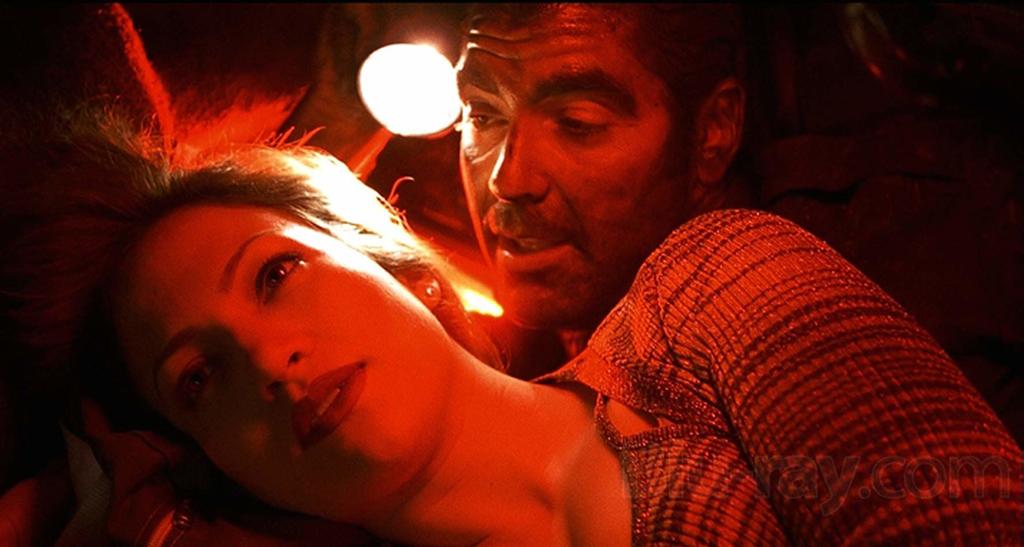 Finally, a film adaptation of an Elmore Leonard novel that really captures that author's seedy, South Floridian love of small-time hoods and big-time losers. Granted, Jackie Brown mined similar territory some months back, but Soderbergh pares Leonard down to his essentials, playing around with the timeline à la Leonard, and just generally having a lighter, wackier time of it all 'round. It's gritty enough to stay true to the source material's comedy-of-despair ethos, yet solid enough to pack a punch, and in doing so it makes for one of the better heist movies in some time. Clooney, looking and acting way above par here, plays career thief Jack Foley, who in a lovingly realized opening scene finds himself in the Glades Correctional Institution after botching an endearingly simplistic bank robbery. Dismayed by the fact that he's not scheduled to see parole for three decades, Foley breaks out of prison and more trouble in the form of Deputy Federal Marshall Karen Sisco (Lopez), who just happened to be in the proverbial wrong place at the wrong time. With the help of partner Buddy Bragg (Rhames), Foley ditches Karen (but not before some serious brake-light rapport is established between the pair) and moves forward with his big plan to rob another ex-con -- inside trader Richard Ripley (Brooks) -- of a reported $5 million in uncut diamonds. Plans go awry (don't they always?) when hair-trigger Snoopy Miller (Cheadle) and stoner car thief Glenn Michaels (Zahn, doing his best Jim Breuer impression) cut themselves in on the action. A host of terrific bit players round out Soderbergh's film: Catherine Keener turns up as Foley's ex-squeeze Adele, Isaiah Washington appears as Snoopy's psychotic brother Kenneth, an uncredited Michael Keaton reprises his Jackie Brown role as FBI agent Ray Nicolette, and an uncredited Samuel L. Jackson plays a fellow con in the film's closing scene. Although Out of Sight's whipsawing storyline feels off-putting at first, as the flashbacks-within-flashbacks begin drawing to a head, Soderbergh's obvious glee at playing with linear conventions shines through. It's also readily apparent that the actors are enjoying themselves immensely; more than anything else, Out of Sight captures Leonard's sense of the indefatigable appeal of the downtrodden grifter. Clooney, with his cockeyed half-grin, sparks some real chemistry alongside the tempestuous Lopez, and Albert Brooks -- with his flagrantly shoddy hairpiece and all -- is a sublime hoot. Soderbergh's film has a Sixties pop art feel to it, from the European-styled one-sheet poster on down to his frequent use of freeze-frames and snazzy edits. Hardly a serious caper film, Out of Sight instead takes a lighter approach, effortlessly offering up as many unexpected chuckles as it does bullets.