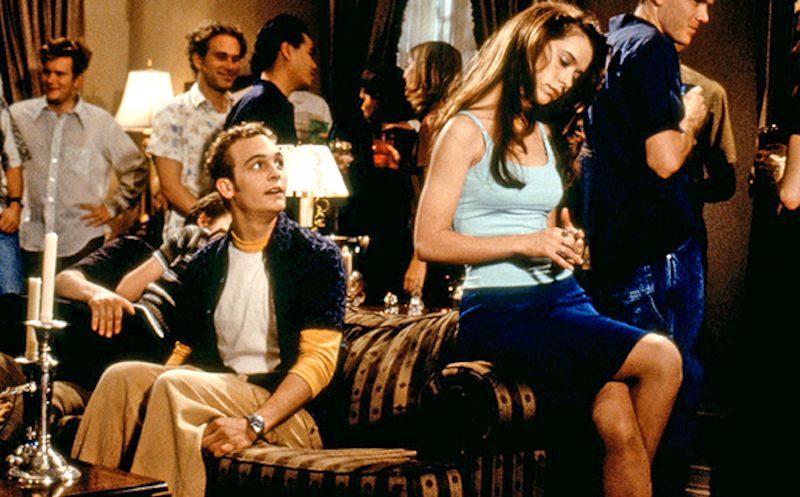 Just when you thought everyone in Hollywood had forgotten about the good old days of the teen sex comedy (Porky's, Zapped, Joysticks), here comes this nice throwback that actually has more in common with the classic teen romances of the Eighties (Say Anything, Fast Times at Ridgemont High) than any of that genre's lesser fare. That is to say, when it's not busy being obnoxious and pointing out the obvious stereotypes everyone in high school gets rammed into from time to time, it's all heart. Sometimes too much. The recent renaissance in post-pubescent icons glutting the airwaves (everyone from Party of Five, Sliders, and a post-Clarissa Melissa Joan Hart) has fueled a boom in the genre's evil twin, the slasher flick, so it's only fair play to turn up the heat on the late, lamented estrogen/testosterone fests as well. Thankfully, Can't Hardly Wait is less an exercise in simpering sophomoric hi-jinks than it is an amicable, occasionally hilarious meditation on young love in the Nineties.

As the film opens, it's graduation day for Preston Meyers (Embry), a gangly Joe-Average mensch with a four-year-long, unrequited crush on the most popular girl at his school, Amanda Beckett (Hewitt). Until recently, Amanda had been going steady with BMOC Mike Dexter (Facinelli), but that's all over now, and the shy Preston has resolved to take his best shot at that evening's big blowout party. With smirking encouragement from his best friend Denise (Ambrose as a Janeane Garofalo-in-training), he trails Amanda from room to room, waiting for opportunity to present itself. It never does, of course, and poor Preston finds himself unceremoniously lumped in with all the other teenage horndogs eager to make a play for this newly single epicenter of the Babe Universe. Several other running subplots keep things from getting too gooey, most notably one involving class geek Kenny Fisher (Green), who arrives with plans to ambush class bully Mike, but instead discovers the wonders of alcohol and ends up single-handedly resurrecting the career of Guns 'n Roses in an inspired bit of pantomime-cum-karaoke. (Somebody should alert Slash to this guy's obvious talents.)

Hardly as ridiculous as the film's trailers have been leading anyone over the age of 17 to believe, Can't Hardly Wait is a nifty little bit of nostalgia for those of us weaned on a young John Cusack or Jeff Spicolli, and, I suspect, a harbinger of things to come. Kaplan and Elfont's smart, zippy script is rife with knowing one-liners and just the right amount of preachy moralism (very little). It is also winningly directed. Nobody's going to give this one an Oscar, sure, but as far as the venerable teen sex comedy goes, this one actually makes it to third base. 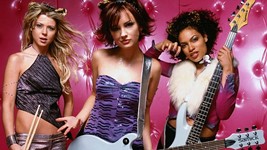 Josie and the Pussycats
It's far more subversive than the Seventies Hanna-Barbera cartoon on which it's based.