As our culture spirals ever-inward toward full convergence with the realm of daytime talk shows and Abuse Movies-of-the-Week, our capacity for shock diminishes in kind. So it's noteworthy when a movie like Gary Oldman's Nil by Mouth has the power to pierce the hard rind that's formed over our collective senses of revulsion, outrage, and empathy. Dedicated to the memory of his father, this brutal cinema vérité depiction of a prodigiously screwed-up English family emphasizes the semantic inadequacy of such words as “dysfunctional” and “codependency.” Autobiographical or not, the violent pathologies consuming this South London working-class clan will seem all too believable to anyone who's ever known such people, or who simply reads the morning paper. Father Ray (Winstone) is a binge-drinking, coke-snorting, topless bar-crawling hulk who rules his brood by fist and decree. The most frequent targets of his rage are his pregnant wife Val (Burke) and her teenaged dope-fiend brother, Billy (Creed-Miles). However, as in almost all such cases, a whole social network is required to facilitate, justify, or pointedly ignore this behavior, thus ensuring its continuation. Buddies of a similar stripe commiserate with the abuser. In-laws ineffectually complain. Neighbors just try to stay the hell out of the way. Even the abused parties have their own tortured rationales for staying in harm's way. Where Oldman really excels is in placing his harrowing material in contexts that illuminate and, to some degree, explain it. Ambient lighting, hand-held cameras, and omnidirectional mikes mirror the crude immediacy associated with John Cassavetes' films (Husbands is an especially clear reference point). Lo-fi music booms constantly in the background and characters talk over each other in barely comprehensible slurring riffs that feature the f-word as noun, verb, and adjective -- often in the same sentences. (Fair warning: American audiences are likely to find a good half of the heavily accented dialogue so indecipherable that subtitles would be well in order.) The characters' immersion in this world of mindless, ultimately numbing sensory stimulation goes a long way toward helping us understand their emotional debilitation. The simplest, highest tribute is due to the performances of Burke, Winstone, and Morse (who plays Val's mother): We know these people and can vouch for the authenticity of every miserable, muddleheaded word and deed. The only reservation I have in recommending this film is the ultimate question of what value there is in this kind of naked, unmediated portrayal of such wretched situations. What Oldman has done is to open a window onto scenes we know are taking place everywhere, all the time. Why -- and if -- we choose to look is a personal call for every viewer. 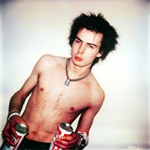 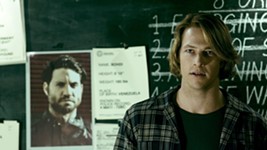