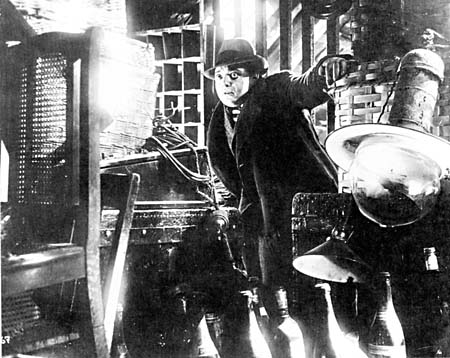 Arguably Fritz Lang's greatest cinematic achievement, this unnerving tale of deranged child-killer Hans Beckert (Lorre) stalking the dingy alleys and shadowy playscapes of Berlin is as riveting a piece of filmmaking as you're ever likely to see. Shot in 1931, it was Lang's first foray into sound and he makes tremendous use not only of persistent aural motifs (such as Beckert's constant whistling of the “Hall of the Mountain King” theme from Peer Gynt) but also of lengthy, forbidding stretches of utter silence. One of the greatest of all German Expressionistic films, M's striking, remarkable cinematography was the creation of Fritz Arno Wagner, who also left his dank, tenebrous imprint on F.W. Murnau's Nosferatu. Thematically, the two films couldn't be more different, but Wagner's masterful use of light and shadow commands the eye like few films since. This was Lang's final German film before fleeing the encroaching Nazi censors, and the whole affair positively oozes the quiet menace of a time frame in which the well-oiled doors of human misery have begun to swing wide. Shots of the exposed pedophile/murderer fleeing down winding Berlin streets while being pursued by both an ineffectual police force and the city's cruelly efficient criminal element (his crimes are so atrocious that even the underworld is desperate to stop him) are breathtaking in their spare, eloquent terror. Lorre, for his part, found a career-making part in this less-than-palatable role. Frantic and bug-eyed, Hans Beckert is the great-granddaddy of the Norman Bates/Hannibal Lecter crowd, and his final, tortured confession amidst the scruffy denizens of the Berlin underworld (“I can't help it! I can't control this evil thing inside me!”) is simultaneously ghastly and pathetic. This restored print was overseen directly by the Munich Film Archive, and contains roughly seven minutes of previously excised footage, as well as remastered, digitized sound and updated subtitles. Highly recommended. 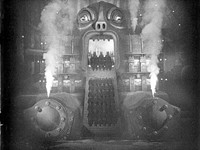 Metropolis
One of the great silent classics, Metropolis is a futuristic fantasy about the mechanization of society. The new print of this true cinema classic restores ... 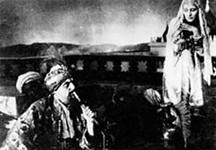