Texas Chainsaw Massacre: The Next Generation

Once upon a time (back in 1995), this movie was titled The Return of the Texas Chainsaw Massacre and it starred a couple of “unknown” actors named Renee Zellweger and Matthew McConaughey. The Austin-lensed film played a few festival dates (SXSW among them) and it was eventually picked up for distribution but then… well, it's a blurry story of delays and complications, which over the years have become so tangled that chainsaws themselves could not cut a clear swath through the overgrowth. Yet, somehow, after all this time, the film is finally playing in limited release (about 20 cities), albeit with a new title, Texas Chainsaw Massacre: The Next Generation and some retooling that has trimmed some 15 minutes off the original running time. As it stands now, the film is a knowing horror picture that builds on our knowledge of the three Chainsaw predecessors but also keeps its tongue firmly planted in its cheek at all times. Writer-director Kim Henkel penned the original Chainsaw and this effort shows that he still has a felicitous grasp of the things that cause us to shudder in dread. There are also most of the familiar conventions of the horror film: prom night, meat hooks, and of course, chainsaws. But this time out we also discover that Leatherface (Jacks) is a sensitive cross-dresser, that his tightly wound brother Vilmer (McConaughey) is the real threat in the family, and that the backwoods clan is in some kind of dastardly cahoots with respectable-seeming businessmen. The performances here are uniformly fun, from the over-the-top Vilmer and his mechanical leg contraption that jerks his unwilling limb in uncontrollable Dr. Strangelove-like motions, to Vilmer's exhibitionist girlfriend Darla (Perenski) who lends a comedic air to all she does, to the determined pluck of prom-night heroine Jenny (Zellweger), to the plaintive demeanor of the beskirted Leatherface. Events are a bit choppy throughout the picture and it's hard to imagine that such continuity lapses are the sole fault of the low budget and pre-release trim. (One of the things excised was an entire sequence that depicted Jenny's home life and demonstrated that family dysfunction crosses many thresholds.) Bits and pieces of the story will, on occasion, leave you scratching your head but it, nevertheless, moves rapidly enough to keep you scurrying to keep pace with the new business at hand. The film is also fueled by an all-Austin music soundtrack. Even though The Next Generation moniker makes the film sound like it ought to be a Star Trek sequel, there's no mistaking this film's lineage. 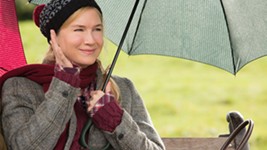 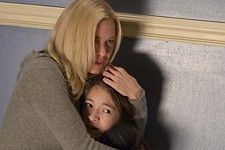 Case 39
Renée Zellweger stars as a social worker who protects a child whose family has created dark forces around her.