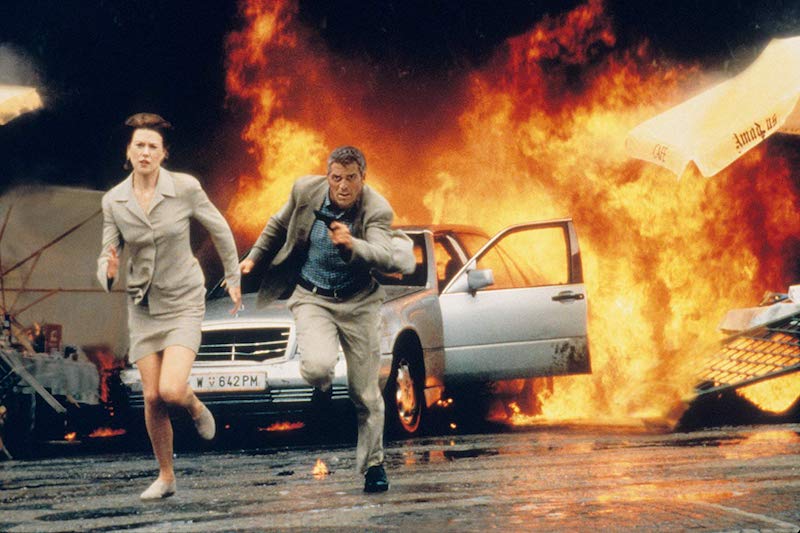 This maiden theatrical effort from DreamWorks Pictures – the film company formed some while back by Steven Spielberg, Jeffrey Katzenberg, and David Geffen – is almost completely what you might expect from such a union. Big stars, big story, and big effects make for big box office, and that's just what we're getting.

Not that that's necessarily a bad thing, although I'd like to think the film was originally slated for a summer release as it has “blockbuster” scrawled all over it in bold, intimidating strokes. In a nutshell, Clooney, as iron-jawed Lt. Colonel Devoe, and Kidman, as Dr. Julia Kelly, the acting head of the White House Nuclear Smuggling Group (!), are called in to make heads and/or tails of an accidental nuclear explosion in the remote wilds of the Russian back country. As countries on both sides of the former Iron Curtain raise their DefCon stakes, tough-guy Devoe calls it as he sees it and declares the incident a ruse to cover the theft of a fistful of tactical nukes by an unknown terrorist party. He's right, of course, and off the two speed to find out who nicked the nukes… and where, how, and why. Unsurprisingly, it's a pesky Russian satellite zealot from Bosnia, who seeks retribution against the United States and the whole United Nations for both their splotchy peacekeeping records in Sarajevo as well as the death of his child by a sniper's bullet.

The reasoning is faulty, I know, and the film provides precious little backstory on its many semi-sympathetic bad guys (and even less on the good guys), but somehow The Peacemaker slides right through those ever-present plot holes and isoscelean character arcs. This is due in large part to first-time feature director Mimi Leder's skills behind the camera, which have been honed to near-perfection (along with Clooney's) on television's ER. She stages her action sequences (of which there are many) with a clever swagger; even when you've seen it before, Leder manages to make it all seem fresh. By no means an embarrassment to the fledgling DreamWorks, The Peacemaker is instead a grand, noisy step in the right direction. What next, indeed? 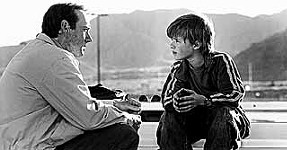