Waco: The Rules of Engagement

It's been just over four years since the fiery deaths of 76 men, women, and children and four law enforcement agents at the Mt. Carmel Branch Davidian compound near Waco, and despite a series of Congressional hearings and official reports to the contrary, there are still a vast number of Americans who believe April 19, 1993 was a modern My Lai on U.S. soil. Like the Kennedy/King assassinations of the Sixties, the events at Waco refuse to go away, spawning both wild conspiracy theories and entirely plausible educated guesswork. Waco: The Rules of Engagement presents itself as neither guesswork nor conspiratorial ramblings; instead, Gazecki's lengthy (165 minutes) documentary smacks of hard facts and deep research. Gazecki, who has previously worked as a sound mixer on films such as Who Framed Roger Rabbit?, has teamed with co-producers Dan Gifford and Amy Sommer Gifford, both of whom have extensive background in television news reporting. With this solid background in place, Gazecki takes the viewer from Day One of the standoff between the Federal Bureau of Alcohol, Tobacco, and Firearms -- who arrived at the Mt. Carmel compound on February 28, 1993 with the intention of serving an illegal weapons warrant -- all the way to the operation's disastrous conclusion. It's a long, emotionally grueling ride. Waco: The Rules of Engagement leaves you craving a hot bath or a good rest after viewing, but more likely what people are going to want to do most of all is sit down and re-examine the evidence. Filled with footage and images never seen by the public, the film's case against the Federal government appears strong: Gazecki presents historical footage of the Branch Davidians at their original site in California, then goes on to explain exactly what the sect believed in, carefully and methodically noting that they were a peaceful, communal people, consisting of wide ethnic and international backgrounds. Different, yes, but hardly a threat. To his credit, Gazecki has also included such never-before-seen footage as videotapes made inside the compound by the Davidians while the siege was going on; the footage in question was shot at the request of the ATF, and then apparently mothballed in fear that it made the Davidians out to be too sympathetic… which it did. Most damning of all is a tape made by an government spy plane that circled high above the compound throughout the standoff. FLIR (Forward-Looking Infrared Radar) technology developed during the Gulf War appears to show incoming federal automatic weapons fire directed at the burning compound well after the flames spread out of control and sect members attempted to flee. Gazecki then calls in Edward Allard, a former supervisor of the DOD's Night Vision Laboratories to substantiate the blurry footage. Allard's judgment is that Los Federales were indeed firing on the compound, although the government has consistently and vehemently stated things to the contrary. (Although the ATF and FBI refused repeated requests to be interviewed for Gazecki's film, The Washington Post has since sent copies of the FLIR tape to twelve different independent examiners with extensive backgrounds in night vision firing. The results? Inconclusive.) Much of Waco: The Rules of Engagement's time is taken up by laborious segments culled from C-SPAN and Court TV, but because of the topicality of the subject matter, the anticipated boredom never sets in. Gazecki's film is simply too harrowing: It stifles yawns with glimpses of the charred corpses of children, and with footage of FBI sharpshooters cracking jokes and pining for a beer while the Davidians await their grim fates. Regardless of which side viewers find themselves on, Waco: The Rules of Engagement is a masterful, terribly engaging, and horribly affecting documentary. If nothing else, it will make people think twice about accepting the party line. 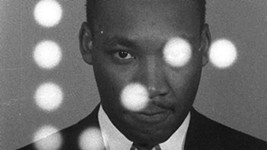