One Fine Day begins as anything but that for divorced Manhattan mom and architect Melanie Parker (Pfeiffer). Kept up without much sleep by her chattering five-year-old son Sammy (Linz), Melanie has to get him to a school field trip and herself to an important presentation all within the span of about five minutes. Enter columnist Jack Taylor (Clooney), the fetching but somewhat clueless father of Sammy's classmate Maggie (Whitman). A series of screw-ups brings the two divorced parents together, and they spend one fine day and the entire film thawing out the antagonistic iceberg that springs up between them. This the film does well. Screenwriters Terry Seltzer and Ellen Simon strike just the right balance among such subplots as Jack's trying to confirm a City Hall scandal, Melanie's attempting to win over demanding clients, and the children's competing antics. Of course, what dominates the entire plot is the attraction between Melanie and Jack, who both haul behind them the requisite emotional baggage that accompanies many adults living in the 1990s. As Melanie, Pfeiffer once again demonstrates that she can do comedy without compromising her sexy allure. Clooney is a natural as the head-turning columnist-about-town, but the film goes a bit overboard emphasizing his sex appeal. It's no surprise that Melanie's crusty exterior is what initially repels and attracts Jack, and her softening seems to require her admitting that indeed, she can't do it all. This cinematic message (double-edged as it may be) is nothing new; in fact, it's at the heart of all successful romantic comedies. For me, the little touches make the film appealing, such as Melanie's amazing transformation of the kids for “Superhero Day” at the local child care facility. Or the scene in which Maggie tells her father that she's hungry and he offers her a Tic Tac, while Melanie -- amazing mommy that she is -- whips out Juicy Juice and Flintstones Chewables for both kids. For those viewers who can relate to Melanie's and Jack's lives, One Fine Day offers light-hearted romantic fun, but for younger viewers the film may not quite hit the mark. Most women under the age of 25 in the sneak preview audience with whom I saw this film seemed to experience a collective shutting down of their reproductive systems once Maggie and Sammy went full throttle into five-year-old mode. But for many of the other viewers, it was enough just to watch Melanie and Jack's relationship lurch and sway toward its happy ending. And for Natalie Merchant fans, her rendition of the film's title song is almost reason enough to buy a ticket. 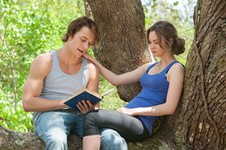 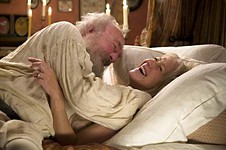