Lint gray clouds roll down from the Cascade Mountains and spit lukewarm drizzle on mildewed rooftops nestled among clumps of waterlogged conifers. Inside these houses, stir-crazy punks bash away at goof covers of songs by cheesy metal and cock rock bands from the Seventies: Black Sabbath, Led Zeppelin, Mountain, KISS. Thus is born the musical phenomenon whose churning, window-buzzing power chords soon earned it the onomatopoeic nickname, grunge. Doug Pray's engrossing documentary Hype! takes an epidemiological look at the sound's progress from its unlikely origins in the mid-Eighties Seattle punk scene to global domination of youth culture. The co-factor which allowed this whimsical, self-mocking local movement to metastasize into a plague of appallingly unironic Pearl Jam clones was -- in the view of Pray's acerbic interview subjects -- a news media so stricken with next-big-thing-itis that it failed to recognize the true diversity of the area's musical culture. Not that there wasn't a certain level of local complicity in the process. Martin Poneman and Bruce Pavitt, founders of the grunge-hatchery SubPop record label, both exude a distinct eau de Col. Parker and surely knew exactly what they were doing when they put much of their early promotional muscle behind bands (Soundgarden, Pearl Jam) with classic-rock sounds and charismatic studmuffin lead singers. But even these two affable ponces are credible in their disavowal of a mindless grunge frenzy that converted a low-key blue-collar town into a virtual hip trademark (“The name Seattle became like the USDA stamp on meat,” groans Chris Eckman of the Walkabouts) and resulted in a blurring of individual identity among bands as diverse as Alice in Chains, Mudhoney, Nirvana, and the Melvins. But Pray never lets Hype!'s tone devolve into mere pissing and moaning about the horrors of wealth and fame. Most of his subjects -- including Soundgarden's Kim Thayil, Mudhoney's Mark Arm, and former SubPop spokesman Megan Jasper, just to name a few -- are funny, trenchant and more inclined to marvel at the absurdity of it all than to bite the hand that feeds them. And Pray does more than his share to turn viewers on to the musical riches of a city that's home to an estimated 1,000 bands playing everything from traditional punk to lounge to trip-hop. Hype! leaves the viewer invigorated, filled with awe and wonder at the moronic inferno that is modern celebrity journalism, and commiserating in advance with its next victim. Headline on the cover of this month's Spin magazine: “Wales -- The Next Seattle?” (See related story in this week's “Screens” section.) 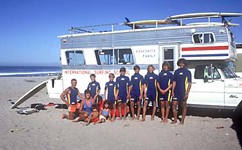 Surfwise
This documentary is a revealing portrait of Dorian “Doc” Paskowitz, the spiritual father of Israeli surf and the corporeal father of a nine-child surfing dynasty in California. 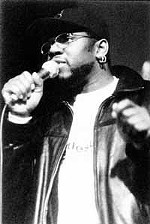