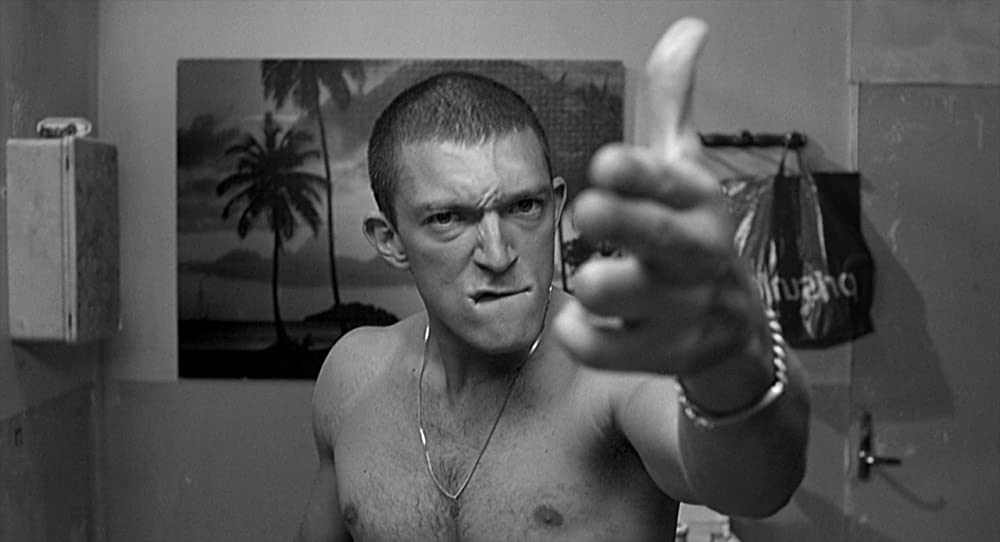 Disenfranchised youths are a volatile bunch, a fact of life made abundantly clear in the French film Hate. The story takes place over a 24-hour period and is shot in a black-and-white cinéma-vérité style appropriate to the subject matter. As the movie starts, the viewer is abruptly projected into the confusing melee of a violent housing-project riot which results in an Arab youth lying in a hospital clinging to life. That young man is a friend of Vinz (Cassel), Saïd (Taghmaoui), and Hubert (Kounde), three other young housing-project residents of different backgrounds but of similar minds. Vinz is Jewish, Saïd is Arab, and Hubert is black. Yet their differences are not with each other. The “hate” of the title exists between the young men and the cops who, with some exceptions, are portrayed as club-wielding thugs determined to beat the rabble into submission.

The movie is a study in the dividing lines of power. Here, people are divided not so much by ethnicity and race but by an even simpler separation of those who have power and those who do not. But for Vinz, something has just occurred that makes him believe that he can shift the balance of power. During the riot, he discovers and seizes a lost police revolver and vows that if his friend in the hospital dies, he will retaliate by shooting a cop. Well, if you introduce a gun in the first act… you know where things are heading. Still, the shocking climax comes as a major jolt.

This is the second feature film by French director Mathieu Kassovitz, who is rapidly proving himself to be one of the brightest young talents around. His earlier film Cafe au Lait, in which he also co-starred as a Jewish youth from the projects who becomes involved in a three-way interracial and intercultural affair, was more of a comedy and prompted many reviewers to compare him to Woody Allen and Spike Lee. That being the case, Hate is Kassovitz's Do the Right Thing. Certain aspects of the film are distinctly French but it's amazing how universally recognizable are the cycles of defeat bred by the housing projects and the wanton brinkmanship practiced by disaffected youths. With great passion and intelligence, Kassovitz illustrates the fact that hate is just another dirty, four-letter word. 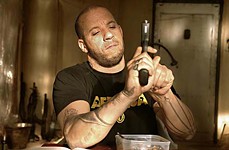 Babylon A.D.
Vin Diesel stars as a mercenary hired to escort a woman with a dangerous virus out of Russia. 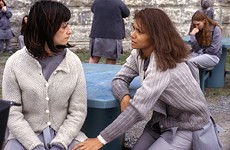