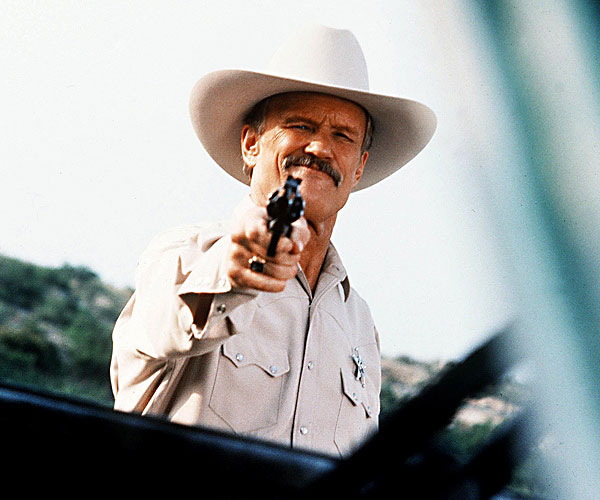 A border is a curious place. It exists to separate things – countries, peoples, cultures – to keep what's on one side from what's on the other. But as anyone who's been to a border knows, it doesn't really keep much apart. The same wind blows on both sides. It crosses and crosses back again, and so do many things: language, families, music, customs. A border is there and not there, too; so what does it mean? In his latest film, writer/director Sayles heads to the Rio Grande to explore the question and just generally squeeze all the metaphorical juice he can out of the idea of borders. He creates a fictitious Texas border town called Frontera and fills it with divisions: U.S./Mexico, military/civilian, corruption/honesty, black/white, parent/child, legend/truth …. In every case, he finds two sides at odds, with what seems a clear line separating them. But instead of just drawing out the dramatic tension of opposing forces, Sayles takes pains to show that these “borders” are porous, too. Just because we say they exist doesn't mean things won't cross them and change the constitution of the other side. Sayles hits this idea in each of the half-dozen narrative streams rolling through the film -- it's one of his most sprawling efforts to date -- but it's clearest in his central story line, which explores the border between past and present, what it separates and what it can't. Sam Deeds (Cooper), the current sheriff of Frontera, lives in the shadow of his father, a sheriff universally revered in their town. When new evidence suggests his dad may have been involved in the murder of his brutal predecessor, Sam must begin an investigation and open a past he's tried to leave behind. But history cannot be set apart; it lives in us and old feelings continue to flow in it, as Sam discovers when he finds himself rekindling a romance with his high school sweetheart (Peña). Sayles makes time a fluid thing, segueing from present scenes to past scenes with smooth pans of the camera, across a room, across a landscape. It's a simple device, but it's so ideally suited to what Sayles is saying about time and relationships and lives, that there is a seamlessness to them that can't be marked off by artificial lines or edits. It also speaks to Sayles' style as a storyteller, to his sense of place, culture, character, and experience being woven seamlessly into a story. Here, as in all his work, what happens is driven by people, and the music they hear, the food they eat, the land they walk through is inescapably tied to it. The range of characters here is daringly broad, but Sayles is able to touch on the humanity of each (with considerable help from a gifted and eminently watchable cast), and the details of the region – the heat, the beautiful but often unforgiving landscape, and especially the pride of the residents – are vivid and true. Sayles' panorama of the border reveals that its truths lie not so much in what it keeps apart but what it brings together. 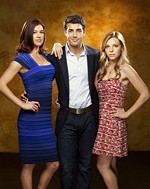 'Lone Star' Needs Your Love, and Is Not Afraid to Beg for It
Show creator Kyle Killen writes an open letter on his blog 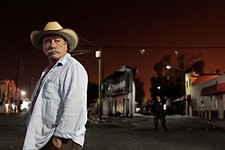