The final season of the Austin Film Society's year-long 10th anniversary celebration begins Tuesday night at 7pm with the continuation of its free weekly screenings retrospective. Tuesday's offering consists of an interesting collection of short films by experimental film directors. The most mainstream amongst this group would be Blue Velvet's David Lynch, who is represented here with two short films made in 1970: “Alphabet” and ”Grandmother.” The most determinedly experimental of this lot would be the stalwart Bruce Conner, a mainstay of the avant-garde film scene. Conner was making music videos back before music videos were invented, as will be demonstrated by the screening of 1978's “Mongoloid” featuring Devo and 1982's “America Is Waiting,” featuring the music of David Byrne and Brian Eno. (Someone please bring back Conner's 1962 short, “Cosmic Ray,” set to the music of Ray Charles.) Rounding out the program is Abigail Child's 1987 meditation on sexuality, “Mayhem.” 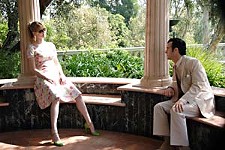 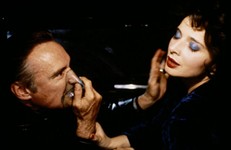