A hit man, a husband, and a wife mix it up for the couple's 20th wedding anniversary. That's the premise of this new comedy starring Cher and Chazz Palminteri, who also wrote the script, which is based on his stage play. But it turns out the hit man Tony (Palminteri) may have more problems than depressed Margaret (Cher) and two-timing husband Jack (O'Neal). Tony needs to check in with his psychiatrist (Mazursky) on a frequent basis. He has plenty of time for these calls while waiting with the tied-up Margaret in her suburban home for another phone call that's supposed to let him know when it's safe to whack Margaret. In between phone calls to the shrink, Tony and Margaret talk. And talk. Who could ever guess that this movie originated on the stage? And why, with this set-up of a big, rambling house, is the action confined to only a few rooms? The other twist in Faithful is that it's increasingly unclear which spouse hired the hit man… and to do what. All the talk becomes a cat-and-mouse game after a while, though it's difficult to tell who's playing what role. The dialogue packs a lot of witty one-liners, yet their power is insufficient to carry this dud. The movie has little of the antic craziness of The Ref or the taut psychological play of Sleuth, to mention two movies that Faithful calls to mind. The comedy never works up enough froth to overcome the movie's implausibility. Palminteri is carving himself a familiar niche as a personifier of tough guys with soft spots, but this chatty hit man is not of this world. When combined with Cher's early portrayal of the wife as an enervated shell, there's not much to hold your interest here. If anyone could make this thing fly, it would be director Paul Mazursky, who, in addition to being an old hand at this type of comedy (Down and Out in Beverly Hills, Moscow on the Hudson), also returns frequently to the subject of fidelity (Bob & Carol & Ted & Alice, Blume in Love, An Unmarried Woman). But this time he's unable to gather all ye faithful. 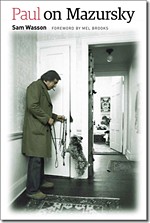 In Print: Paul on Mazursky
The Seventies couldn't have asked for a more empathetic chronicler of the human condition than filmmaker Paul Mazursky 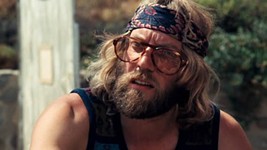