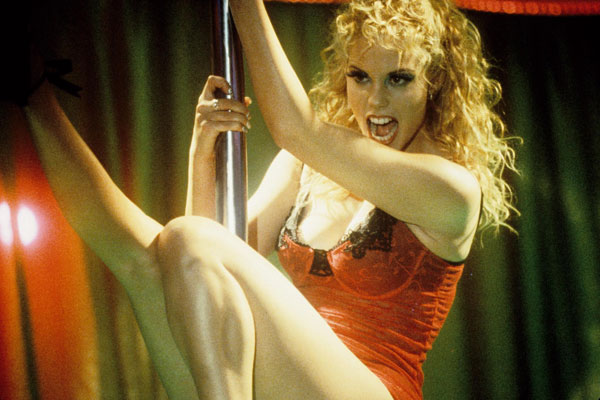 Showgirls is the kind of movie that gives NC-17 a bad name. It's exactly the kind of exercise in salacious pandering that you already suspect it is. The story is so shabbily built that it can make no valid claim to motives other than the filmmakers' mercenary desires to cash in on the public's prurient interests. And even on this bottom-feeder level, Showgirls fails to deliver the goods. The movie reteams Basic Instinct creators, the once-promising director Paul Verhoeven and screenwriter Joe Eszterhas. The plot is a cross between A Star Is Born and A Chorus Line and, even with all the nudity, virtually anyone from Vincente Minnelli to Russ Meyer could have turned in a more watchable end product. Any movie that gets you wondering where Jacqueline Susann is when you really need her is, undoubtedly, a movie with more than its fair share of problems. Plot potholes abound, character motivation is an alien concept, illogical actions are the order of the day, and dialogue as elegant as “I just have a problem with pussy … okay.” The less said about Elizabeth Berkley's acting the better, and the kinder. She can't act. Or dance. But that's hardly her fault. No one can blame this former Saved by the Bell ingenue for taking her shot at the grown-up big time, even though the plum role meant walking around buck naked for most of the movie's over two-hour running time. In fact, it's the same career path chosen by Berkley's fictional character in the film. Spooky, hunh?, this life imitating art (or what passes for it) stuff. And why shouldn't Berkley grab this shot? Just look at what Joe Eszterhas scripts did for the careers of Jennifer Beals (Flashdance) and Sharon Stone (Basic Instinct). Still, someone should have warned Berkley how ill-equipped she was to carry a film lead or, at the very least, someone should have told her when her plentiful lipstick smudged on her teeth. Yet, thinking practically, what possible direction is left for Joe Eszterhas to explore? Only complete feature-length female nudity is the answer. And Eszterhas' public statements have made few bone(r)s about that fact. His story about Vegas showgirls is so flimsy and illogical that it becomes an all too transparent excuse for an excessive amount of T&A. And for those of you who contend that you can't get too much of a good thing, Showgirls is the movie to prove the fallacy in that particular argument. Besides, what Eszterhas specializes in is the slow tease, especially faux lesbian come-ons. The amount of lesbian teasers we witness are in inverse proportion to the amount of lesbian activity we see. Showgirls is a movie that makes you want to go home and shower afterward. It's not a cold shower that you want, either. Rather, what you crave is a long, hot soak to scour away all the grime and participatory guilt. 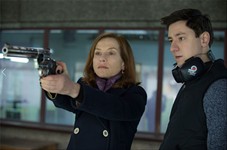 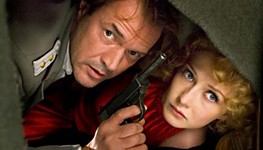