The Austin Film Society has quietly been celebrating its 10th anniversary with a year-long retrospective of some of their favorite films from programs past. Every Tuesday night at 7pm for the past several weeks and continuing through the end of summer 1996, the Austin Film Society reprises some great film of one sort or another. On that you can count. The movies show in either Hogg Auditorium or the Union Theatre on the UT campus and admission is free. This Tuesday night, one of my personal favorites will be shown, Robert Bresson's 1966 masterwork Balthazar. The sensibilities brought to filmmaking by Frenchman Bresson are a hallmark of the craft. He employed a simple, realistic, and austere approach to storytelling that was distinguished by his aversion to stylistic flourish and its Christian exploration into the nature of innocence and the source of the world's suffering. In this movie, Balthazar is the name of a donkey in the French countryside and it's through this animal's sufferring and sacrifice that the movie establishes its unique point of view. Yea, let us not forget, we are all members of one flock. For more info on this or other programs on the Austin Film Society schedule, call them at 322-0145. 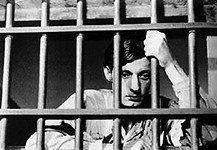 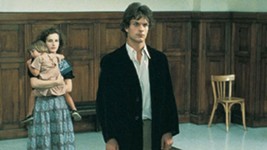