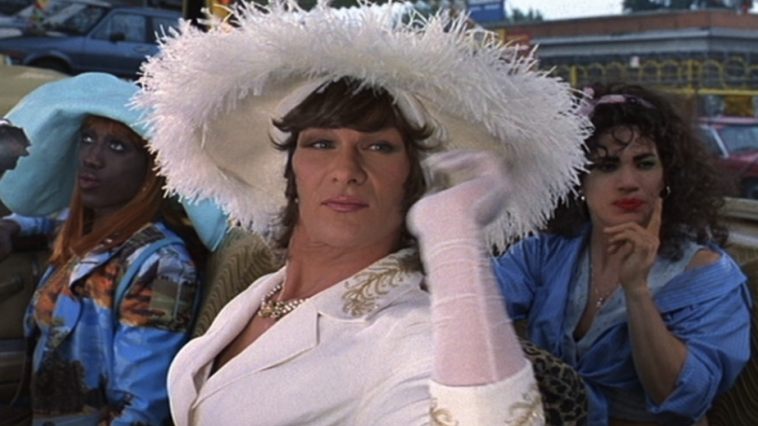 To Wong Foo, Thanks for Everything! Julie Newmar

To Wong Foo is a fairy tale in every sense of the word. Kidron's (Used People) latest film outdrags, outdresses, and generally outdoes last year's Australian hit about traveling drag queens, Adventures of Priscilla, Queen of the Desert. To Wong Foo screams old-style Hollywood, from its casting of Snipes and Swayze in the lead roles to its over-the-top costuming and music to its brightly colored sets. Kidron cleverly entices even the most reluctant viewer by opening the film with a narcissistic credit sequence that allows us to watch Snipes and Swayze transform themselves into their characters Noxeema Jackson and Vida Boheme, contestants in the annual New York City Drag Queen Pageant. Watching Swayze apply his makeup is akin to a religious experience: He is truly handsome dressed as a woman, and we share in his character's obvious pleasure in the transformation. The same goes for Snipes, who is less reserved as Noxeema but no less proud of her appearance. It is almost impossible not to be swept away by the sheer fun of this movie. When Noxeema and Vida tie for first place as winners of an all-expenses paid trip to Hollywood for the national level of pageant competition, they are promptly sidetracked by “drag princess” Chi Chi Rodriguez (Leguizamo), despondent over her own loss in the pageant. Taken in by Chi Chi's dejection and obvious need of a fashion mentor, Vida convinces Noxeema to trade in their airplane tickets for cash, which immediately is invested in a convertible that will take all three of them to the Hollywood pageant competition. Just like Dorothy in The Wizard of Oz, these ladies meet many interesting characters on their trip, and a breakdown in Snydersville (closer to Kansas than Oz, really) proves to be fortuitous on many levels. Their deeds and experiences in Snydersville are truly the stuff of Hollywood moviemaking with transformations, revelations, and happy endings all around. For some, the film's unabashed sentimentality and fairy-tale quality may go too far, but To Wong Foo is such a delight that it's easy to overlook the few awkward moments. Calling To Wong Foo campy doesn't do the film justice: The film camps it up but still allows us to believe in the characters. Snipes and Swayze are so successful in exploring their feminine sides that all of their future roles should be played in drag. Also, watch for Robin Williams' cameo and Chris Penn's hilariously offensive Sheriff Dollard, whose list of “Places to Find Homos” nails every stereotypical employment opportunity for those with same-sex preferences. So what does the film's title refer to, you ask? Well, you'll just have To Wong Foo to find out. 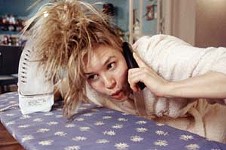 Bridget Jones: The Edge of Reason
Cast is excellent; movie is OK; men and women are soooo different.