Last of the Dogmen

Beautiful scenery, a somewhat intriguing story, and weak dialogue characterize Last of the Dogmen, the directing debut of screenwriter Tab Murphy (previous credits include his Oscar nomination for co-scripting Gorillas in the Mist). When a bus full of prison inmates crashes in the Montana town of Big Sky and three prisoners make a run for the wilderness, bounty hunter Lewis Gates (Berenger) is enlisted by his father-in-law, Sheriff Deegan (Smith) to bring the men back to justice. Gates deduces that the men are most likely dead after he hears an explosion of gunfire and finds blood-soaked clothing but no bodies. When he also discovers a blood-streaked arrow and glimpses what he thinks are American Indians riding off through the trees, Gates decides to investigate further. He enlists the aid of professor Lillian Sloan (Hershey), a noted anthropologist and specialist in the field of Native American history. Their pairing sets off sparks in true Hollywood fashion, and the tension between the two characters shapes one of the film's subplots. Gates and Sloan journey into the Oxbow Quadrangle, a section of the Montana mountains well known for its sheer cliffs and dense wilderness and rumored to be the base of a secret military-type society within the Cheyenne Indian tribe known as the Dogmen. Fierce warriors who protect their land and their tribe at any cost, the Dogmen prove intimidating and shrewd objects of Gates' and Sloan's search. While the majority of the film bogs down in uninspired dialogue and predictable plotting, there are a couple of scenes worth noting. The Dogmen's first appearance in the film is truly powerful, and Karl Walter Lindenlaub's cinematography conveys the majesty and raw power of these “Dog Soldiers.” Equally haunting is a dream sequence in which Gates imagines the confrontation between the Cheyenne Dogmen and the lawmen looking for him and Sloan. Add to these scenes the overall beauty of the Canadian wilderness that subs for Montana in the film and Last of the Dogmen manages to appeal visually if not always cerebrally. Berenger and Hershey are adequate as the leads and Reevis is impressive as Yellow Wolf, but the film itself cannot sustain the compelling level of drama that occurs only sporadically. Last of the Dogmen reminds us of the legacy that was lost when the American Indians were forced from their land onto government-sanctioned reservations, but this reminder is not reason enough to recommend the film. 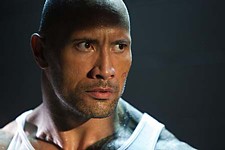 Training Day
“This is important. Don't blow it,” wife Lisa (Ayanna) tells her rookie cop husband Jake (Hawke) at the outset of his first day as neighborhood ...