With Agantuk/The Stranger (made in 1992 and released a few months before the director's death), internationally acclaimed Indian director Ray probes the domestic scene even further than in his previous films, examining the nature of identity and civilization in modern-day society. Agantuk/The Stranger is believed by some to be an appropriate swan song for a director whose career was spent cinematically relating the everyday realities of life in an urban society. A middle-class family living in Calcutta receives a letter from the wife Anila's (Shankar) long-lost great uncle Manmohan Mitra (Dutt), asking if he may come for a visit. Because this relative has not seen any of the family members in 35 years, Anila and her husband Sudhindra (De) are more than a little perplexed by this sudden correspondence. Sudhindra doubts the uncle's identity, and his constant suspicion influences Anila, even after she meets Manmohan and is convinced that he is in fact her uncle. Throughout the course of a weekend, the family slowly warms to Manmohan, and yet there is still doubt, particularly when Anila remembers that a large inheritance was left to him and has not been claimed. This doubt and suspicion culminate in a cleverly staged cross-examination that takes place in the family's house and is presided over by a family friend, the lawyer Sen Gupta (Chatterjee). This rather unassuming film slowly chips away at some of Ray's favorite themes, comparing civilization to savagery and questioning the tangibility of a person's identity. On a smaller level, Ray chronicles the importance of daily rituals as he returns again and again to the family home and the place it occupies in domestic situations. Subtle humor and warmth flow through Agantuk/The Stranger, making the film a sweet finale to this director's incredible 40-year career. Resembling a Kurosawa film in its loving portrayal of domestic drama and comedy, Agantuk/The Stranger moves at a modulated pace rarely matched in Western cinema. For some viewers, this pacing will be a problem, but for those who are fascinated with the exploration of abstract questions in everyday surroundings, Ray's final film will not disappoint. 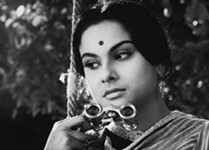 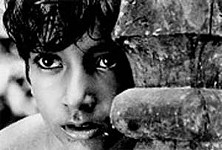 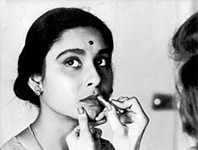