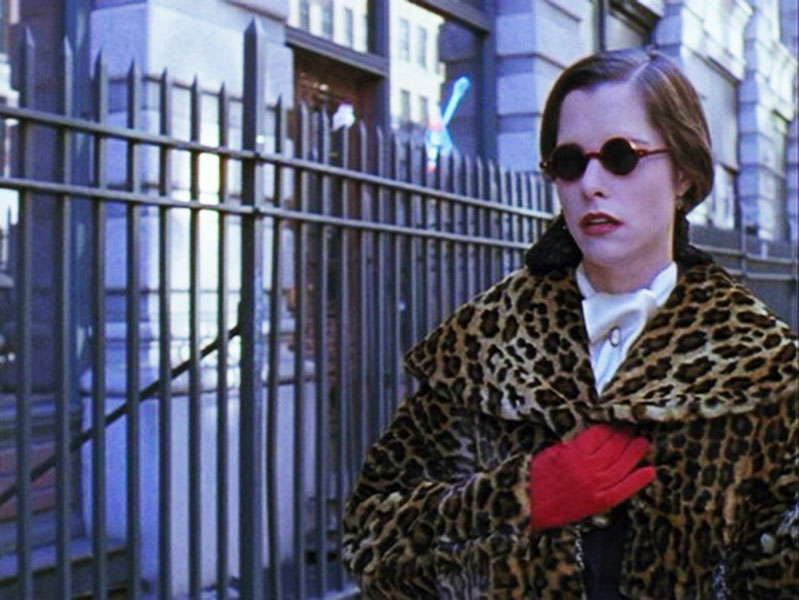 Party Girl will do for library science what Saturday Night Fever did for disco. Well, maybe. At the least this film -- Mayer's feature debut and a favorite at the SXSW Film Festival earlier this year -- will allow audiences to see more of Parker Posey, whose previous supporting roles in films like Dazed and Confused and Sleep With Me only hinted at her sly comic timing and her fun-at-all-costs attitude (many appropriately have described her as a Holly Golightly for the Nineties, both in and out of character). Posey plays Mary, queen of a social whirl made up of various Manhattan hipsters who live to club, throw outrageously fun parties, and wear incredibly memorable outfits put together with more personal style than cash. When Mary lands in jail after organizing one of her too-successful "promotions," she throws herself on the mercy of her librarian godmother Judy (Sasha von Scherler, the director's mother). Judy reluctantly offers Mary a clerking position at the library, which sets the stage for many hilarious confrontations and a little bit of drunken soul searching. Mary's future career as a library science specialist is foreshadowed early in the film when she carefully arranges her wardrobe according to designer, clothing item, and fashion era. During her quest to learn further the benefits of the Dewey Decimal system, Mary meets and pursues a Lebanese teacher-turned-pushcart-vendor named Mustafa (Townsend); negotiates a club job for her DJ-friend Leo (Diaz); and impatiently listens to Derrick (DeSando) whine about his Mr. Right, a one-night stand living somewhere in Manhattan. Mary's story isn't that much different from other coming-of-age stories on film these days, but zippy one-liners written by co-scripters Mayer and Harry Birckmayer, delivered with razor sharp precision by Posey, spice up the all-too-familiar tale. Add to the speedy dialogue the latest in club music and a truly entertaining wardrobe, not to mention the ambiance of downtown Manhattan, and Party Girl becomes as freshly appealing as its opening credit sequence. Party Girl's campiness occasionally wears thin, but this is done so good-naturedly that it is easy to overlook, just like Mary's self-absorption. Party Girl strives only to be as fun and lighthearted as its namesake. Posey's romp through this film is probably the best thing about Party Girl; she just may be the next "It" girl. The Guru
There’s not a whole lot of heft to von Scherler Mayer’s romantic comedy with ethnic Indian entanglements; it’s like overdone naan, too flaky and ephemeral ...