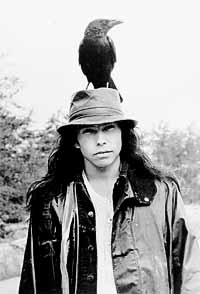 Canadian director Bruce McDonald, whose last film was the quirkily entertaining Highway 61, helms this flawed, but likable, comic drama which, despite taking a questionable turn in its third act, proves to be a pleasant enough diversion all the same. Set on the Kidabanesee Reserve, Dance Me Outside chronicles the lives, loves, hopes, problems, and triumphs of a diverse group of young Canadian Indians. Silas Crow is a reckless teen who longs to attend mechanics school with his best buddy Frank. Sadie, Silas' more ambitious girlfriend who has some serious doubts about the future of their relationship, is actively involved in local politics. Meanwhile, Silas' sister Illianna has just married a caring and successful, if somewhat goofy, white guy with a low sperm count, much to the chagrin of her baby-hungry mother and her old flame Gooch, who returns to town after riding out a three-year prison sentence. The entire community is rocked when an innocent, well-liked local, Little Margaret Wolfchild, is murdered by a local, white-trash hellraiser. After serving only one year for the crime, this killer becomes the target of revenge as Silas and his friends plot an elaborate ambush to avenge the death of their lost friend. When detailing the relationships between its lively characters, Dance Me Outside is pretty engaging stuff, with McDonald utilizing his charming cast to best effect. Unfortunately, the film's darker moments aren't as convincing, and so the picture's revenge subplot and the wholly unnecessary “twist” ending are not only unsatisfying, but serve to seriously dampen the overall effectiveness of the entire movie. Still, much of Dance Me Outside is worthwhile -- thanks mainly to its unique setting and characters, both of which are nicely realized by the talented cast and director. 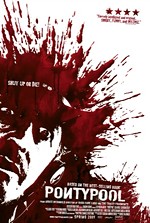 Hard Core Logo
A legendary punk band reunites for a tour of Western Canada in this indie film that perfectly captures the common fissures that erode so many bands on the run.