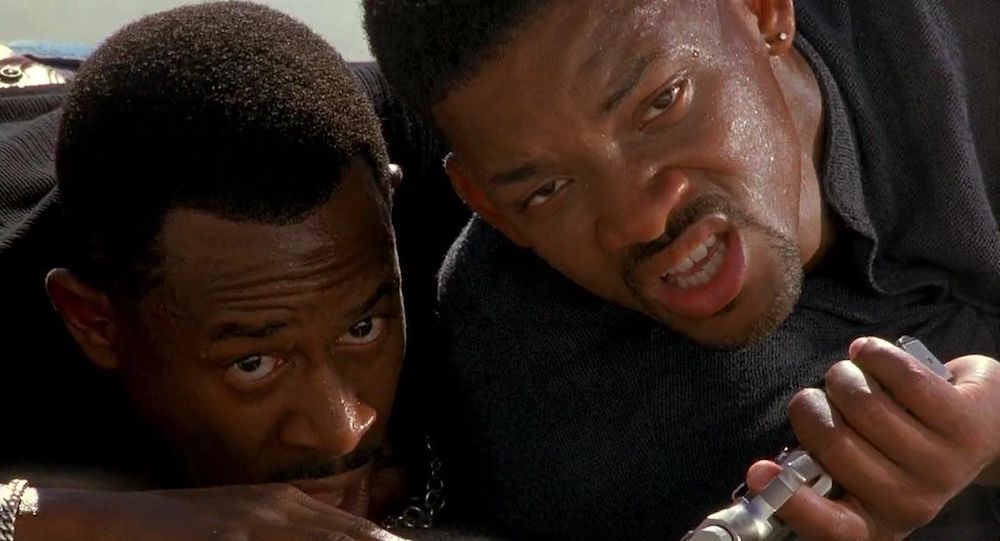 Coming from the notorious Don Simpson/Jerry Bruckheimer production team behind everything from Beverly Hills Cop to the Tom Cruise vehicle Days of Thunder, Bad Boys plays less like the gritty action-comedy picture it aspires to be and more like a disingenuous 126 minutes of slick Hollywood inanities, a cobbled-together series of flashy explosions and none-too-witty banter. Not since the glory days of Michael Mann's Miami Vice has that city and its police force been portrayed with such reckless, ridiculous disregard for reality. Lawrence and Smith are detectives Burnett and Lowery, respectively, one a streetwise family man and the other a smooth-talking, trust fund-assisted Lothario who must recover $150 million worth of heroin stolen from their precinct's evidence locker in what's obviously an inside job. Assisting them in the manner of some departmental archangel is their tough-talking Captain Howard (Pantoliano), who consistently manages to cut through the day-to-day bureaucracy of any major police force with the sullen admonition to “do what you do, only faster.” When Lowery's hooker girlfriend falls victim to the thieves, her roommate Julie (Leoni) remains as the only material witness and link to the killers, which, through plot convolutions too complicated to get into here, results in the detectives having to switch identities (“to hilarious comic effect,” I believe, went the original pitch). The idea of pairing two of prime-time television's hottest comics in a racy, bloody, buddy cop film may have seemed like a good idea at the time, but the finished project is just too glossy for its own good, resulting in too many shiny, happy shoot-outs and not enough attention to what is essentially a one-joke story line. From the swooping aerial shots of downtown Miami, to the long, long-legged beauties that seem to crop up every time the action threatens to slow down, to the nonsensical lack of logic that permeates the film like the acrid odor of wasted cordite, Bad Boys oozes Eighties Hollywood clichés like no film since Top Gun (itself another Simpson/Bruckheimer production). Bad boys, indeed.