It's been quite a good year for the Stephen King Film Franchise, what with Frank Darabont's The Shawshank Redemption and now this intelligent -- if occasionally clichéd -- adaptation of King's tale of a stoic Maine washerwoman accused for the second time in 20 years of murdering someone close to her. Bates (who has done well by King, having nabbed the best actress Oscar for her role in Misery two years ago) latches on to the character of Dolores Claiborne with a vengeance and never lets go. She's all piss and vinegar, a flinty live-in maid to aging millionaire Vera Donovan (Parfitt), herself a woman seemingly made of rough edges. Both women heartily subscribe to the notion that “sometimes being a bitch is all a woman has to hold on to,” which is to say, really, they don't smile much. As Hackford opens the film, Dolores has been accused of killing her employer. It looks like a fairly open and shut case to Detective John Mackey (Plummer): Dolores was interrupted by the postman, who saw her standing over her charge with a rolling pin in her hand. Mackey, who also investigated the mysterious death of Claiborne's drunken, abusive husband 20 years ago, has a grudge to bear, though. He fumbled the first case and isn't about to let this one slip through his grasp. Into this already Northern Gothic web comes Dolores' daughter Selena (Leigh), a New York journalist who hasn't seen her mother in 15 years, and who may hold the key to unraveling the death of her father. The screenplay by Tony Gilroy splices King's first-person narrative into a series of dreamlike, haunting flashbacks, in which we see soon-to-be-deceased husband Joe (Strathairn) sowing the seeds of his family's ruin. Dropped into the linear flow of the story, the flashbacks have the arresting quality of shattered memories; you're never sure if Dolores or her daughter is having another “bad patch” or if it's just a reminiscence. What's most striking about Dolores Claiborne, though, is Hackford's use of the Nova Scotian locations to evoke the oppressive, grim, and thoroughly bleak air of decrepitude that hangs over the tiny Maine island Dolores has called home since the day she was born. Second-guessing the audience in the third act takes some of the wind out of his sails (the film wraps up the loose ends so tightly you can practically see the bow), but Hackford does his best with a King tale that many thought would be unfilmable. It's not quite The Shawshank Redemption, but then again, it's not Maximum Overdrive either. 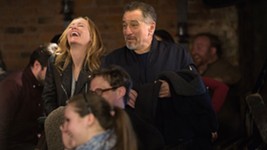 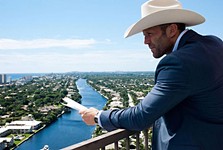