Connery is Paul Armstrong, a Harvard law professor noted for his enthusiastic opposition to the death penalty. When he receives information about a young black man (Underwood) on Florida's death row, who may be unjustly imprisoned for the murder of a young, white girl eight years ago, he reluctantly takes the case, heads down to Florida, and becomes enmeshed in the politics of Southern justice, as exemplified by local detective Tanny Brown (Fishburne), a stogie-chomping hardass with a penchant for jailhouse beatings. Also on hand is Ed Harris as a Hannibal Lecter-esque psychopath who may or may not hold the key to solving the question of Underwood's innocence. Based on the novel by John Katzenbach, director Glimcher keeps the Southern-fried mystery moving along with an admirably oblique series of plot twists. Is Connery's staid, ex-patriot Scot professor -- who we're told hasn't been in a courtroom in 25 years -- doing the right thing by sticking his nose into the mysteries of the Everglades? Or is he just getting in the way of Fishburne's angry, good old boy cop? It's hard to tell, and Glimcher keeps the audience admirably off-balance throughout. He also, thankfully, makes excellent use of the swampy, humid Florida locales, making the steaming, reptile-infested Glades more than just a backdrop to the film's storyline and complementing the film as much as any of the characters on screen. There's a bit of a convoluted subplot that turns up late in the third act and seems tacked on, and occasionally Connery seems to be playing Connery, and not his character, but Glimcher's film still manages to be a notch above most of the mystery fare we've seen lately. It's a rich, humid mix of race, murder, and mystery that works well, even if it doesn't work perfectly. 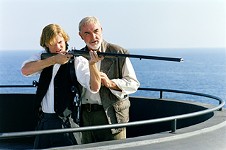 The League of Extraordinary Gentlemen
Utilizing the comic book series written by Alan Moore and art by Kevin O’Neill as a jumping-off point, Stephen Norrington’s quasi-adaptation is unsurprisingly heavy on ... 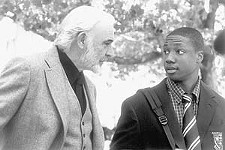