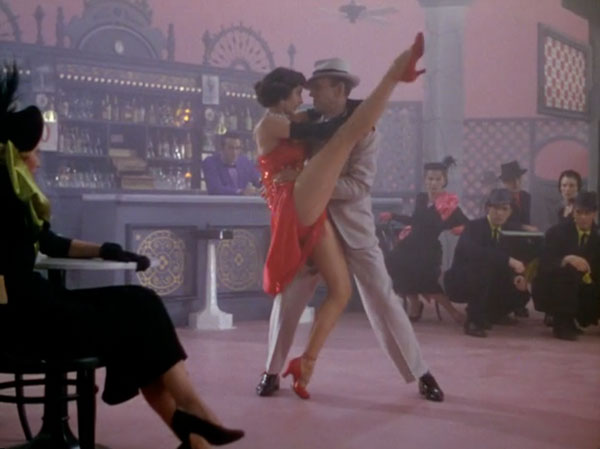 Many people consider The Band Wagon the greatest of all Vincente Minnelli's great musicals. (An American in Paris, Gigi, Meet Me in St. Louis, The Pirate, Brigadoon, and On a Clear Day are just a few examples of the competition.) Amongst The Band Wagon's enthusiasts was George Morris – the esteemed film critic and, at the time of his death, a regular Chronicle contributor – from whose January 19, 1978 article, "The Minnelli Magic," printed in The Soho Weekly we quote here.

"The Band Wagon (1953) is a film about which I have absolutely no objectivity. I consider it Minnelli's finest musical, and it's a personal candidate besides for one of the finest films of all time. The Band Wagon is suffused with a melancholy that will increase with each successive musical. More than any other protagonist in a Minnelli musical, Fred Astaire's Tony Hunter embodies that crucial conflict between a personal view of the world, and the necessity of existing in it. There is something terribly moving about Astaire's attempts to adjust to the modern-day version of Faust his collaborators are concocting around him, a poignancy that assumes an extra dimension if one remembers that Tony Hunter's predicament, that of an aging hoofer who's trying to keep up, is one Astaire was actually experiencing at the time. Astaire has never been better than he is in The Band Wagon. In this film he is at once less and more than he has ever been before. And he is matched every step of the way by Cyd Charisse (herself a veritable axiom of Minnelli's cinema), Jack Buchanan, Nanette Fabray, and the indefatigable Oscar Levant. Betty Comden and Adolph Green's script is one of the best they have ever done; every musical number is perfection, from Astaire's dazzling "Shine on Your Shoes" to the extraordinary "Girl Hunt Ballet" that closes the film; and Minnelli's direction has seldom attained such a perfect fusion of form and content. The Band Wagon is quite simply a masterpiece." – George Morris 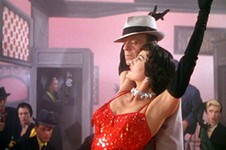 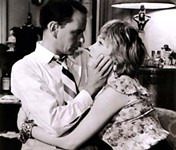 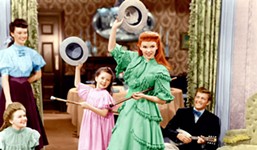 Meet Me in St. Louis
Set during the St. Louis World's Fair of 1904, this musical is heavy on the Americana but loaded with great songs and performances. Margaret O'Brien ...