Those who grew up on it say radio was magic. The first medium to bring adventure, comedy, and romance into your home, it let you cozy up to Don Ameche, Kate Smith, and Jack Benny in your own den and seek danger in exotic locales with Captain Midnight, the Green Hornet, or Sergeant Preston without leaving your chair. And it did it with sound, sound that sparked images in your head, as grand as you could imagine. The enchantment radio spun inspires loving tributes -- such as Woody Allen's Radio Days -- and it seems George Lucas tried something like it with Radioland Murders. Lucas wrote the story, in which a station makes its 1939 broadcast debut. Set at air time, the story offers a parade of shows based on real radio acts: Buck Rogers, the Shadow, Spike Jones, etc. But on top of this Lucas also attempts a comic mystery in the vein of the screwball whodunits of Hollywood's heyday. As WBN goes live, its personnel turn up dead, leaving writer Roger (Benben) to nab the killer while wife Penny (Masterson) keeps the broadcast flying. The film has a feel for radio's golden age but moves so choppily that it's neither a satisfying paean to radio nor an entertaining mystery. Writers Gloria Katz, Willard Huyck, Jeff Reno, and Ron Osborn, and director Smith (The Tall Guy) take a frenzied, jumpy approach. We go from broadcast to mystery and back, leaping from booth to stage to roof, etc., frantically, without getting any clear sense of connection. We rarely know how we got where we are or where we're going. It appears they want to evoke a mood of opening night chaos, but the effect is more confusing than comic, and it only succeeds in defusing laughs. The mock shows display real spark, and the filmmakers drafted genuine giants of the wireless George Burns and Rosemary Clooney to play fictitious radio stars, but they cheat us out of seeing even them for more than an instant. The Thirties lingo is jake, the design dreamy -- how Hollywood excels in doing Deco! -- and the actors work hard, but they can't make it funnier by being more manic. I'm reminded of Clue, another try at a funny whodunit that for all its style and capable cast couldn't capture the ease of the madcap mysteries of old. Those who grew up on them say they don't make screwball mysteries like they used to. Sadly, they're still right. 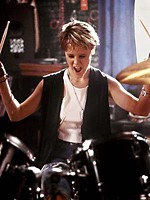 Some Kind of Wonderful
Masterson plays a tomboy who discovers deeper feelings for her best pal (Stoltz) when he begins to date the most beautiful girl in school. 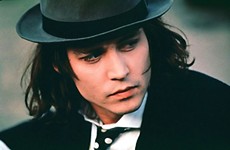