Bhaji On the Beach

A simple sojourn at the seaside. A retreat from the cares of daily life. That's what this day trip for some “Asian Ladies” from Birmingham, England is supposed to be. But as often happens with holiday outings, the trip sparks unexpected pains and pleasures, with the conflicts of one's regular life stowing along, revealing themselves just when you feel the most free from worry. That's the beauty of director Chadha's first feature: It really captures that sense of holiday, how it can seem part of your life and not part of it, how being in a place not your own makes you both freer and less free. The film's heroines are three generations of Indian and Indian-English women, all on an organized trip to the glitzy, cheesy resort town of Blackpool. Two are at dramatic crossroads -- Ginder has left her abusive husband, Hashida has just learned she is pregnant by her black boyfriend -- but most are only seeking a break from their routines. Chadha and co-writer Meera Syal move leisurely among the nine, weaving through their different stories like amblers along a boardwalk. And when things happen -- when meek, culture-conflicted Asha encounters an old hambone of an actor, decked in a straw boater, when Ginder splurges on a beauty makeover, when the older women Pushpa and Bina are throttled verbally by a bigot -- they seem dreamlike, disconnected from the life these women know, in the way holidays feel. Some of the individual stories suffer from a soap opera-ish quality -- Ginder's husband and his brothers trail the women to Blackpool, Hashida's pregnancy and inter-racial romance -- but the story of the group is always strong. The interactions of the women are rich with unexpected frictions and sympathies, and the ensemble of the actresses is unusually fine, especially a gloriously expressive Zohra Segal as the elderly, judgmental Pushpa, a brightly engaging Khan as the group's director Simi, and an ineffably poignant Ahmed as the conscience-stricken Asha. In its treatment of questions of cross-cultural conflict and assimilation across generations, the film recalls The Joy Luck Club, but Bhaji attempts no epic sweep, no crossing of oceans and decades to tell its tale. It is of the here and now, of daily grinds and necessary escapes. It's a welcome break from our own routines, a getaway into a lyrical, uncommon world. 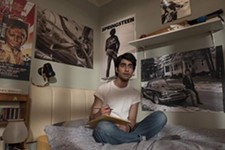 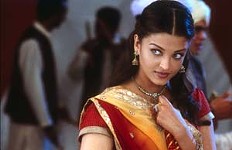