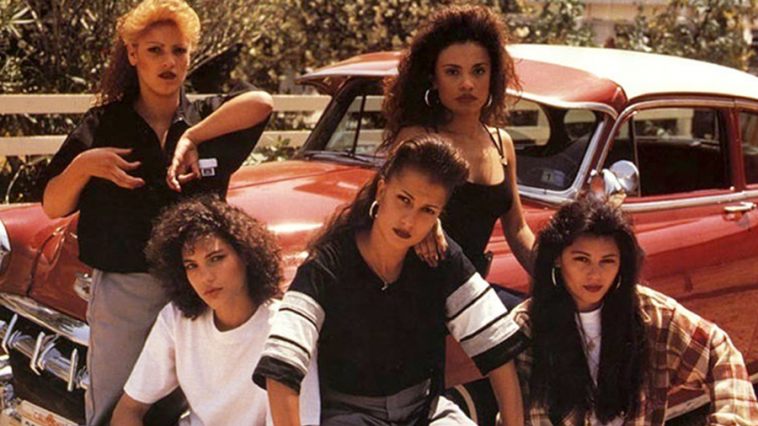 From the opening moments, you know you're seeing something that you've hardly seen before in a commercial movie. Sad Girl (Aviles), a Latina gang girl from the Echo Park section of Los Angeles, breaks the dramatic fourth wall convention and speaks directly to the camera while telling us things about her crazy life. It is not clear, initially, if we are in the land of fiction or documentary. But little does it matter, because there's complete certainty that we're in the land of reality. Sad Girl is telling us the story of her lifelong relationship with her best friend Mousie (Lopez) and this fictional film begins to chronicle their lives. After bonding in the tenements of their childhood, they grew up together and when it came time, joined the neighborhood gang together, taking the only names that were left: Sad Girl and Mousie. But then they both fall in love with the same boy, Ernesto (Vargas), and each girl has a baby with him which torpedoes their friendship. After a while, a title card introduces a new chapter and the movie's narration changes. Mousie's now telling the story as it overlaps, backtracks, and continues. The switch is disorienting at first -- instead of a new chapter, the now-familiar events are repeated, only in a different voice which also introduces new characters into the story. Gradually, we begin to discover the multiplicity of stories here and by the time the third chapter begins, we are ready for the further expansion. The third chapter centers around the unrequited love of La Blue Eyes (Alvarado) for El Duran (Borrego). Yet, by now, we are also following the stories of Whisper, who is trying to succeed in a “man's” occupation of drug dealing; Giggles, who dashes the homegirls' hope of new gang leadership when she decides to find a job (something none of the other girls have) upon her release from prison; and Rachel, an older gang girl who has become a hausfrau. The girls all seem to be searching for direction but they have no skills that might enable them to find it. Their lives are, moreover, defined by their relationships to men, yet it is their relationships with each other that sustains them. And despite our expectations for a movie with so many characters, there is an overwhelming uniformity of perspective. Except for Giggles, all these girls view things in pretty much the same way. In the closing sequence, Sad Girl and Mousie argue the comparative merits of Burger King versus McDonald's, which pinpoints their critical horizons. Mi Vida Loca follows Anders' successful directing debut with Gas Food Lodging a couple of years ago. Both films share haunting qualities that stem from the marginality-made-visible quality that the female characters manifest. At the same time, there is a frustrating sketchiness to the characters that forever relegates them to the margins. Mi Vida Loca at least brings the periphery to center stage. 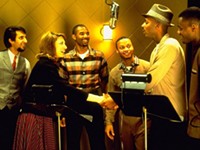 Grace of My Heart
Edna Buxton (Douglas) is an heiress from Philadelphia who, at the beginning of Grace of My Heart, wins a singing contest that launches her transformative ...