The Next Karate Kid

And hopefully the last. Swank is 17-year-old Julie Pierce, orphaned by the sudden death of her parents and sent to live with her grandmother, who finds the girl to be more than she can handle. Enter Morita as the kindly karate master and sage-about-town Mr. Miyagi, who offers to teach the girl karate if she'll wax his car for him (or something like that). Miyagi, as in the previous three films, is a veritable fount of inscrutability, spouting such wise old aphorisms as “Sun is warm, grass is green,” and the like (I kept expecting him to say “Use the force, Luke,” but his character's resemblance to Yoda apparently eluded the filmmakers), and instilling in the young firebrand a sense of self worth and discipline. Julie, meanwhile, is being pursued by her school's neo-fascist cadre of evil hall monitors, led by longtime bad guy Michael Ironside (here, as an ROTC/gym instructor from hell, he urges his underlings to actually kill the students who get in their way). Along the way, she falls in love with ex-cadre member Eric (Conrad), a decent enough sort who works as a security guard at the railyards. Karate Kid's moral tone has always been an admirable one -- self reliance and all that -- but here it's undercut with some remarkably silly scenes involving Miyagi's pals, the Buddhist monks (what they're doing living just outside Boston is another in a long series of Next Karate Kid oddities). They dance, they mug, and, in a scene strikingly reminiscent of a well-known mid-Eighties college radio hit, they go to the all night SuperLanes. Take the skinheads bowling, indeed. There's really nothing new here (as if anyone expected there would be), but it's a decent enough entry into the Karate Kid series, if you don't mind having seen it all done before, and better. 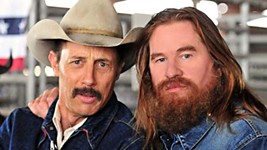 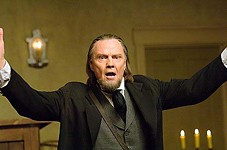