On the Cutting Edge: Four Short Films About Violence Against Women

This 1992 film compiles four short, experimental films that all examine the topic of violence against women. Beyond this shared theme, they all have little else in common. “Seven Lucky Charms” (by Lisa Mann) and “Open Letter” (by Brenda Joy Lem) are the best of the group, with strong senses of film construction and conceptual development. “She's Just Growing Up, Dear” (by Julia Tell) consists of found footage of old sex education films from the Fifties. “Terra Nullius” by Anne Pratten) is a vague story about a young aboriginal girl and the conflicts that exist between her and her white parents. “Seven Lucky Charms” takes a more documentary-like tone, creatively mixing sound and image to defend women who kill their batterers in self-defense. Cold statistical facts are juxtaposed against assorted dream-like images. “Open Letter” extends the examination from the sole arena of sexual violence against women to racial and nationalistic realms. This short film is a welcome contribution from a unique Asian-American cinematic voice. As a collection, these films all have serious points to make -- which is both their political strength and their cinematic weakness. They are uneven in their ability to transform their ideas into engaging filmmaking. On the Cutting Edge will probably be most useful for professionals in the field and others who closely identify with the subjects. 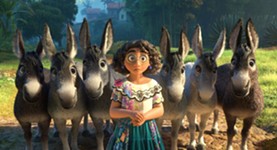 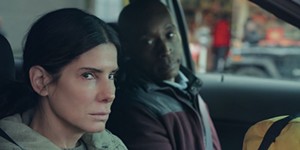