Loosely based on a collection of essays written by children for their favorite elementary school teacher, Ciao, Professore! at first glance may seem to mark a departure for Italian director Lina Wertmüller. Her films (Seven Beauties, Swept Away) are recognized for their social commentary and political conscience, but they also include subtle wit. Although a change from Wertmüller's earlier, perhaps riskier, work, Ciao, Professore! contains her trademark humor and pokes fun at cultural differences. Elementary school teacher Marco Sperelli (Villaggio) arrives in the small southern Italian town of Corzano as the result of a “bureaucratic error.” A northerner by birth, Sperelli must deal with the coarseness and uncultivated life in this other part of his country. Sperelli's geographic bias weaves in and out of his interaction with the people of Corzano, particularly as he corrects everyone's pronunciation of the school's name. However, Sperelli acclimates himself and soon realizes that his work is cut out for him. When the first day of school arrives, Sperelli must round up his delinquent third-graders from their various jobs around town. Part truant officer, part therapist, part teacher, Sperelli spends his time trying to keep his class together and entertained while assigning them compositions to contribute to their educational development. Read aloud in voiceover, the compositions allow us to see the children's lives through their own eyes. Ciao, Professore! works because of the children in the film. Wertmüller chose amateurs to play the children, and their naturalness helps the film transcend its safe and sentimental storyline. We first meet the children at their jobs, and their streetwise behavior is brashly funny and touching. Vincenzino (Pantaleo) works as a waiter at a cafe. Raffaele (Ciro Esposito) deals in petty theft for the local Mafioso. The other kids have similarly diverse jobs. To the kids, most adults are “ball breakers,” and school is something that interferes with the breadwinning they do for their large families. Wertmüller uses tight closeups and the children's own gnarled, slang-filled sentences to dramatize the hardships of surviving in an economically depressed area. Ultimately, the camerawork conveys the impact the children and the teacher have on each other's lives. As Raffaele tells Mr. Sperelli, “School is bad, but you're not.” Ciao, Professore! is a sweet film with fine acting by all. Wertmüller also deserves credit for coaxing such natural performances from the kids. Perhaps Wertmüller could make a sequel in which the kids from The Little Rascals travel to Italy as part of some cultural exchange, matching wits with the street-smart eight-year-olds in Corzano. Stranger films have been made. 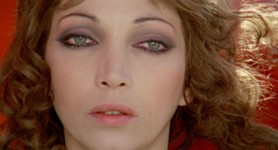 The Seduction of Mimi
... 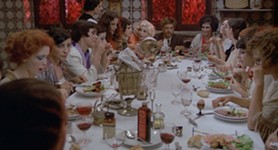