The Short Films of Jane Campion

These four 16mm short films were made by Campion in the early to mid-Eighties, before her feature-length success with Sweetie, An Angel at My Table, and The Piano.They include “Peel,” a 9-minute film about a red-haired family; “A Girl's Own Story,” which is about the Beatles, the Sixties, and growing up; “Passionless Moments,” a series of wry vignettes; and “After Hours,” a short drama about sexual harassment in the office. The collection also includes a short film by the director's sister, Anna Campion, which documents their mother's audition for a small role in An Angel at My Table and the attendant mother-daughter tensions. 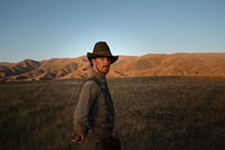