Part testimonial document, part preventive talisman, and part social indictment, Dialogues with Madwomen gives voice to seven articulate women telling their tales of madness and institutionalization. Director Light (who, with her partner Irving Saraf, won an Oscar in 1991 for her documentary In the Shadow of the Stars) includes herself as one of the seven testifiers who each speaks directly to the camera about her experiences. Sometimes we can hear the voice of interviewer LIght off-screen. They are a representative cross-section: straight and gay, Catholic and Jew, young and middle-aged, one Chinese-American and one African-American -- a carefully selected rainbow coalition of madwomen. What emerges are common themes of childhood abuse, sexual molestation, and social misapprehensions. There are stories of incest and psychic abuse, the early Catholicism that stimulated a desire for self-mutilation and suffering, the father who wouldn't allow anyone to close the bathroom door, the therapist who took sexual advantage of his client, the Chinese-American who felt doubly ostracized by both the white community and her own, the therapist who thought all the lesbian client needed was a male partner, the African-American who fell apart while attending that bastion of white male privilege Stanford Law School. These are stories of fragile lives warped by the iron fist of patriarchal ideology. Yet all of them eventually discover their strengths through their “madness” and learn methods of coping, understanding, and focusing their anger. As Light says in her testimony, “You either go mad or you learn about metaphors.” The vividness of these first-hand accounts certainly explains why Dialogues with Madwomen won the Freedom of Expression award at this year's Sundance Film Festival. Also distinguishing this film is its departure from conventional documentary filmmaking through its incorporation of a variety of film elements. Intercut with the testimonies is a panoply of other footage -- archival material, home movies, artwork, and contemporary recreations of their experiences, delusions, and fantasies. Remarkable, as well, is the amount of humor that comes through. Though these subjects seem to have been chosen for their ability to illustrate the filmmaker's foregone conclusions instead of the conclusions emerging as a result of their testimonies, Dialogues with Madwomen is nevertheless a riveting document whose agenda is long overdue. 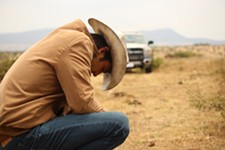