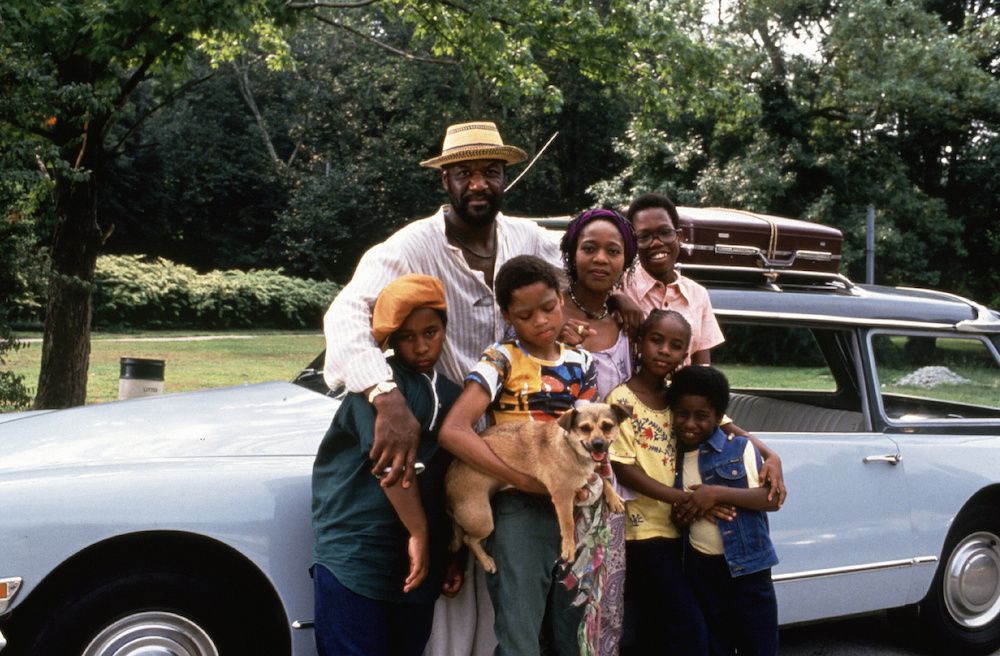 Spike Lee's follow-up to his grand-scale bio-epic Malcolm X is a slice-of-life family drama set in 1970s Brooklyn. Instead of the elaborate, cross-continental filming required by Malcolm X, Crooklyn's turf is the front stoop, the transit zone between the family and the neighborhood. Co-written with his siblings Joie Susannah Lee and Cinqué Lee, Crooklyn focuses on the Carmichaels, a family that resembles the Lee family with its jazz musician father and schoolteacher mother, its Brooklyn location, and its gaggle of kids. Though informed by personal reminiscences, Crooklyn is nevertheless a story about EveryFamily, seen mostly through the eyes of a 10-year-old child Troy (Harris), a girl feeling her way through the world of childhood and into adulthood. Mommy (Woodard) struggles to stretch the household dollar and teach her kids manners and self-discipline. Daddy (Lindo) often lacks work because he wants to pursue only his own music but plays the “good guy” to his wife's “heavy” by bringing home ice cream and other treats to the kids while she's making them finish their black-eyed peas. Fantastic performances (which are proving a constant in Spike Lee movies) are the wind in this movie sail. Woodard's modulation is as impeccable as ever, Lindo (West Indian Archie in Malcolm X) surely turns in one of the great performances of the year, and Harris' unaffected childlike gaze is one of the most absorbing elements of the movie. All the child actors in Crooklyn are genuinely kidlike and unassuming; their naturalness and believability must be counted as one of the successes of the movie, especially since this era of bell-bottoms, big Afros, The Partridge Family, and Superfly cool had to be as remote to them today as the Jackson 5. Lee wonderfully captures the flavor of the period, its musical sounds, and its summer vacation rhythms (though why the kids are watching the Knicks on TV during the summer is logistically dissonant). Only in a couple senses does the movie falter. The movie shifts focus between being a rounded family story that privileges no characters and one that views the family experience from 10-year-old Troy's perspective. Moreover, Crooklyn establishes a special mother-daughter relationship that feels like it's longing to be the heart of the story rather than a mere narrative thread. Crooklyn's other oddity might be termed a stylistic excess. Only once does the film's action leave its Bedford-Stuyvesant city block, when the Carmichaels travel down south to the Chesapeake area to visit relatives. Lee chose to shoot this whole Southern sojourn with a wide-screen anamorphic lens creating a visual effect that distorts everything to look tall and skinny. (I believe the technical term is “squished.”) Rather than achieving the desired artistic affect, this extended sequence will surely have audiences hollering for the projectionist who, nation-wide, will be at a loss to accommodate proper perspective. Despite this stylistic indulgence and the hazy narrative core, Crooklyn is a winning work whose charms far outweigh any pitfalls. We get inside this family and care about their future. (Some shrewd TV execs will surely attempt to kidnap these characters for a sitcom pilot.) Meanwhile, in the words of Sly Stone, the Carmichaels are just “everyday people.”