A mom sprays dorm room drawers with disinfectant. Two boys describe their dating strategy in basketball metaphors. A daughter reveals to her cringing parents that she has changed her major to Feminist Women's Studies. “You obviously have no enthusiasm for ever taking another chemistry class,” a pre-med student is told. A young man shouts triumphantly when a slight margin change on his word processor yields the extra page he desperately needs. A woman accuses her dormmate of being “so… so… Dartmouth” when he objects to a student newspaper photo of two men kissing. Such are the vignettes played out in the odyssey of Frosh: Nine Months in a Freshman Dorm. Two 30-year-old documentarists move into Trancos, a coed freshman dorm at Stanford, filming everything from move-in day to tutorials to winter break at home to ubiquitous late-night peer rap sessions to end-of-the-year goodbyes. Though Goldfine and Geller follow several students, their disparate personalities and quirks are distinct and endearingly familiar to us by the 97-minute film's end. Goldfine first considered making a fictional movie based on her own college experience, but decided instead to use a documentary approach and the choice was a good one. While the camera techniques are pedestrian, and the musical soundtrack abysmal (with the exception of the inspired “Prayer to the God of Partial Credit,” it's something akin to Hooked on Bland music), the filmmakers managed, well before you could expect a weary indifference to the camera, to capture the guileless impetuosity of these 18-year-olds. I viewed Frosh expecting to be transported back to the wild abandon and earnest preoccupation of my own first year of independence. But there is no room for such nostalgia in the compelling, quick-splice human drama of Trancos. Looking back is not what Frosh, or being a freshman, is about. 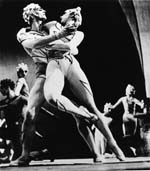