Living Proof: HIV and the Pursuit of Happiness

This is a documentary about living with AIDS and the emphasis is on living. The focus is life-affirming and joyful. While Living Proof does not deny the inescapable horror of this disease with no existent cure, the movie's focus is elsewhere, on the variety of people who live with the virus and the even more various ways they live with it and respect it as a part of their lives. The Declaration of Independence ensures all citizens the pursuit of happiness (as pointed out by the film's subtitle) and the AIDS virus ought not curtail that pursuit. In that respect, the movie is a joyous and celebratory experience to watch. The film grew out of producer/director Kermit Cole's desire to film the in-progress photo history called “Living Proof” that was being compiled by Carolyn Jones and George DeSipio. During two days in October 1992, Cole and an all-volunteer camera crew filmed interviews and documentary footage of over 30 participants in Jones' and DeSipio's still photo project. All the subjects were people living with HIV and all came from different backgrounds and different walks of life. They spoke in interviews with the camera crew, they posed for still photos, they shared parts of their lives. In November, the camera crew attended the gala opening of the photo exhibit at the World Trade Center. The camera crew also traveled from New York in a couple of instances to the Chicago area to film an HIV-positive policeman at work and to Washington, DC to film an HIV-positive Eagle Scout presenting the “Living Proof” photos to President Clinton. A mother and former drug user talks about, if it weren't for AIDS, her lifestyle would probably have killed her by now. All aspects of the filmmaking were donated, from the raw stock to the processing to the editing room to the refreshments during the shoot. The experience of the film becomes what one imagines a Christo art project to be -- embracing and sustained by the work and contributions of scores of people both known and anonymous. The vision we see is the face of AIDS. It is a face that's vibrant, alive and vital. It is not a face marked with sores, decline and death. (To a certain degree this is not wholly truthful, yet the image is so restorative and refreshing that the movie's devotedly positive outlook can be overlooked.) Living Proof is truly about living “positively.” 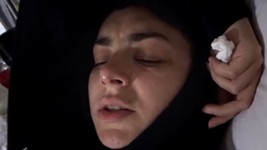 Charli XCX: Alone Together
Pop icon's "making of" doc is a sugar rush of positive fandom 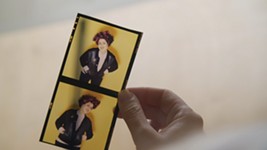 Poly Styrene: I Am a Cliché
A daughter recalls growing up with a punk icon mum

Living Proof: HIV and the Pursuit of Happiness, Kermit Cole