I got one of those Indiglo watches for Christmas and while viewing My Girl 2, I pressed the illumination button on it three times. (My Indiglo could become the cornerstone of a new rating system: the movie loses a star each time I'm fidgety enough to light up.) It's not that My Girl 2 is a terrible movie. It's just not a terribly good one. True, Anna Chlomsky has one of those faces that are wonderful to watch -- the kind that can look flat and homely one instant and then exquisitely luminescent the next. Better still, she can act. There are some tenderly awkward moments between Chlomsky's Vada and O'Brien's (Last Action Hero) Nick that can stoke even the long-banked embers of uneasy adolescent love. And Angeline Ball (The Commitments) has a luscious turn as Vada's mom caught on home movies. But the movie as a whole just never coalesces. In addition to Vada's exploration of her long-dead mother's past, there is the tentative romance between Vada and her uncle's girlfriend's son, the impending arrival of her father and stepmother's baby, her uncle's inability to “commit,” and the subsequent threat to his undeclared relationship from a red Jaguar-driving, strudel-bearing pediatric cardiologist. The resulting feel of the movie is not so much complicated as it is haphazard -- a bunch of seemingly disparate stories thrown together and set, just for the heck of it, in the early Seventies. Since it takes up soon after the original My Girl, set in 1972, ends, I guess there really wasn't much of a choice. Yet aside from some really garish, flowered polyester shirts, Zieff never really captures a sense of the Seventies or mines the rich vein of cultural ideology buried there. He will, however, undoubtedly capture an audience of My Girl fans who don't know their Seventies from their Segas and who will probably be as smitten with the sequel as with the original. But the next time I need a little sunshine on a cloudy day, I'll listen to “My Girl” instead of watching it. 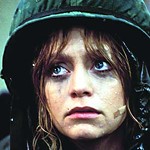