“Blank check” must be what these filmmakers had when they made this movie. Not that it reeks of extravagance in its workmanship, this movie simply reeks. With an unbelievable premise, Blank Check does little to fill out its bare bones structure. Indeed, there are several montage sequences that unfurl as if it were padding for a movie that needed to be extended to feature-length. Actually, all the characters we see onscreen try their hardest to convince us of their genuineness. Only thing is that they didn't succeed in convincing themselves. This is the first feature by video director Wainwright (M.C. Hammer's “U Can't Touch This,” “Addams Groove” and “Too Legit to Quit.”). It's also the first completed film of co-scriptwriter Colby Carr. His co-author Blake Snyder includes his script for Stallone's comic Stop, Or My Mom Will Shoot as his prior credit. More than the execution, the script itself is the major problem. High concept is what it's called. In a very Disneyfied world, we are asked to believe that a young boy is so taken-for-granted by his pecuniary family that he is able to concoct a million-dollar fantasy universe right under their noses. In this world, gangsters feel guilt, bankers are buffoons, henchmen are cuddly, a beautiful woman dates a young boy and, of course, the chauffeur turns out to be a best friend. Perhaps the movie's implausibilities would be more acceptable if they were presented with a lighter touch that allowed for more character and plot developments rather than resting on its meager high-conceptual laurels. Shot last summer here in the Austin area, it's nevertheless difficult to discern any local color in the camerawork. Blank Check might cash in at the box office due to its built-in kid audience, but you can be sure the final statements won't reconcile. 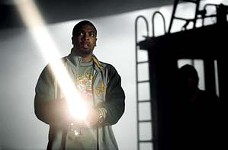 The Fog
This hazy remake pales in comparison to John Carpenter's original fogbanks from 1980. 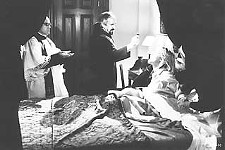 Stigmata
What is it about Catholicism that has inspired so many filmmakers to plumb its tenets and rituals in search of that certain spooky frisson that ...