Judging from this insightful documentary, Jamaican reggae superstar Peter Tosh was a strange blend indeed. Part paranoid, part religious mystic, and part genius entertainer, Tosh's success never quite managed to equal that of his former bandmate and friend Bob Marley (along with Bunny Wailer, the three comprised The Wailers, the cornerstone of modern reggae music) whose overt politicism at one time helped unite both Michael Manley and Edward Seago -- the island's on again-off again prime ministers -- on one stage. Nevertheless, it was Tosh who arguably possessed the more mellifluous vocal talents. Campbell's documentary employs a unique take on the time-honored notion of the voiceover: Tosh himself, dead since 1987, narrates his life story via the “Red X” tapes, a series of microcassette recordings that were originally to be used for the singer's autobiography. The name comes from the fact that whenever Tosh spotted his name on an official government document, it would invariably be followed by a garish red-inked X. Campbell uses interviews with various members of Tosh family, his friends and business associates to fill in the spots Tosh himself never alludes to. From the tapes, we hear of the singer's perpetual war against both the “shitstem” and the devil; at the age of 7, he tells us, demons forced him to run headlong into a barbed wire fence in the hopes of blinding him forever to the lies and corruption that surrounded his world. It didn't work, obviously, and in a bit of unintentional comic relief, Tosh is seen in an excerpt from Saturday Night Live, joined by a goofily over-eager Mick Jagger who manages to make a complete ass of himself in a brief 60 seconds. Toward the end of the film, Campbell unwisely resorts to the sort of dramatic re-enactment seen on America's Most Wanted to portray Tosh's extremely suspicious death/assassination. It doesn't work and gives one the feeling that perhaps static shots of the crime scene would have been far more eloquent. That annoyance aside, Campbell's documentary is an intriguing look at the interesting life of one of reggae music's greatest heroes, a man who remains, to some extent, in the shadow of the more famous Bob Marley. 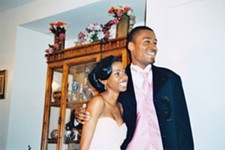