Hollywood producers are going with the current trend of transferring such vintage TV gems as The Addams Family and The Beverly Hillbillies from the small screen to the silver screen in the hopes of drawing nostalgic Baby Boomers and their families to the box office in droves to experience 120 minutes worth of "the good old days." However, these shows from TV-land of long ago are one-of-a-kind originals in their own right, and have successfully managed to encapsulate the cultural sensibilities of a time and place that simply can not be improved upon cinematically after nearly 30 years following their debuts on the airwaves. This film, based on the early Sixties sitcom Car 54, Where Are You?, is a perfect example. Updated to the Nineties (a big mistake), this creative dud is a prequel and sequel to the original series centered around the on- and off-duties of police officers Francis Muldoon (John McGinley in the role originated by Fred Gwynne) and Gunther Toody (David Johansen in the role originated by Joe E. Ross) at the 53rd Precinct in Brooklyn. Unfortunately, Fishman's film is neither funny nor bears much more than a superficial resemblance to the TV series. Gone is the working-class charm and truly clever, humorous situations evocative of the early 1960s and in their place, all the sophomoric, redundant jokes reminiscent of the Police Academy films. Even stars from the original show -- Nipsey Russell and Al Lewis -- can't save it. Take this film's badge and retire it from the force -- pleeaase! 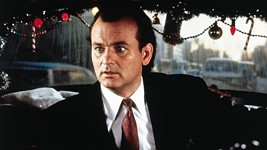