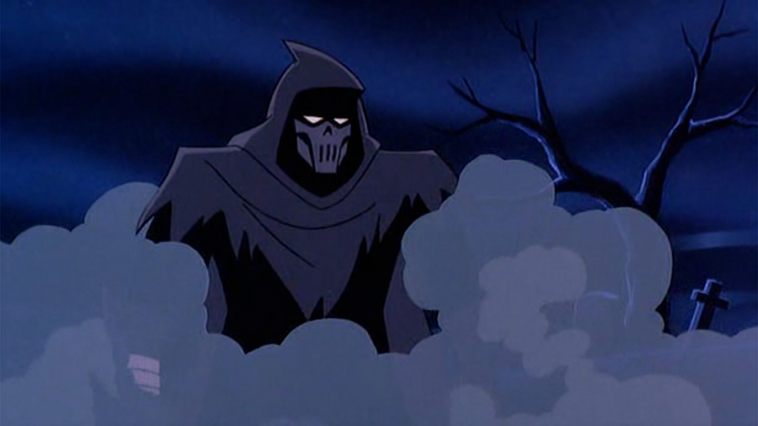 Batman: Mask of the Phantasm

Not exactly the Dark Knight you'll always remember, but a diverting one, and likely more satisfying to the character's comic book fans than the film incarnation by Tim Burton. For the uninitiated, this big-screen Batman is animated, the work of the folks behind the hot cartoon series on Fox. Though the show owes its existence to the hit movies, it doesn't duplicate their peculiar Gothic visuals or Michael Keaton's stiff, stoic take on the masked avenger. It has its own look, rich in Forties design -- sleek Deco lines and curves on the buildings; big-shouldered suits and broad-brimmed fedoras; big, burly autos -- with long, noirish shadows drenching Gotham in darkness. And its Batman is quick and ghostly in action, grim enough to put fear into criminals but also tortured by his life-consuming war on crime. All this is present in Phantasm, basically a TV episode at three times the length. Fortunately, the story justifies the expansion: Batman has to catch the Phantasm, a spectre-ish figure murdering crime bosses, just as his first love, a woman for whom he almost forsook fighting crime, suddenly returns to town. The focus on Batman's past and presence of a figure who makes him consider abandoning his reason-for-being lifts the film above the standard Bat-battle and gives it some dramatic substance. That's not to say the writing is the stuff of Shakespeare -- the characterizations are about as thin as your average comic and the mystery of the Phantasm's identity is so transparent as to be no mystery at all -- but the dramatic sensibility is stronger that you'd expect from a cartoon aimed at pre-teens. And it's always bolstered by gorgeous visuals. While it's sad the filmmakers didn't lavish more detail on the characters' faces and fluidity of their movement, the picture is still dynamic looking: moody, haunting, full of bold shapes and action, striking compositions, and clever quotes from the encyclopedia of noir. It has style to spare. And for any kid at heart whose breath catches at the sight of a caped figure swooping across the sky, it has moments when your lungs will be stopped by a Dark Knight to dream on.