Taking the ancient Sufi word ÒbarakaÓ (translated as blessing, breath, or the essence of life from which the evolutionary process unfolds), the director of photography, co-editor and co-writer for Koyaanisqatsi takes on directorial and cinematographer duties in his New Age tone poem that serves as a challenge to the late philosopher Joseph Campbell's work The Power of Myth. To achieve Campbell's philosophical proposal, which states that storytellers should tell "the only myth worth thinking" (the story of our planet and human interaction with it) through "the eye of reason," Fricke's film captures images from 24 countries that transcend geographical and language barriers. The basic message evoked by the sometimes stunning and sobering images is one which suggests that, over the course of the evolutionary process, humans have lost touch with the significance of nature in their lives and as a result, have lost touch with their sense of spirituality in the modern world. Loss of individuality, poverty, war, and the wholesale destruction of nature are the heavy prices that humans have paid for this spiritualistic decline. Although Fricke's film does force the viewer to think, it mostly comes across as a work that borrows heavily from Godfrey Reggio's Koyaanisqatsi and Powaqqatsi with respect to stylization. Heavy use of time-lapse and slow-motion photography, as well as repetitive shots, can be tedious and ponderous, giving the film the look and feel of an epic, high-dollar television commercial. Unfortunately, Fricke meant this film to be seen by the masses, yet it is not for everyone. Only the intellectual set would probably find a measure of entertainment in it. 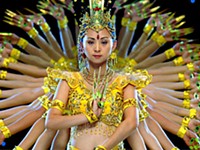 Samsara
The director of Baraka returns with this wordless tone poem filled with stunning images and scant meanings. 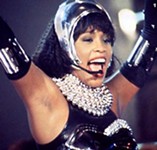