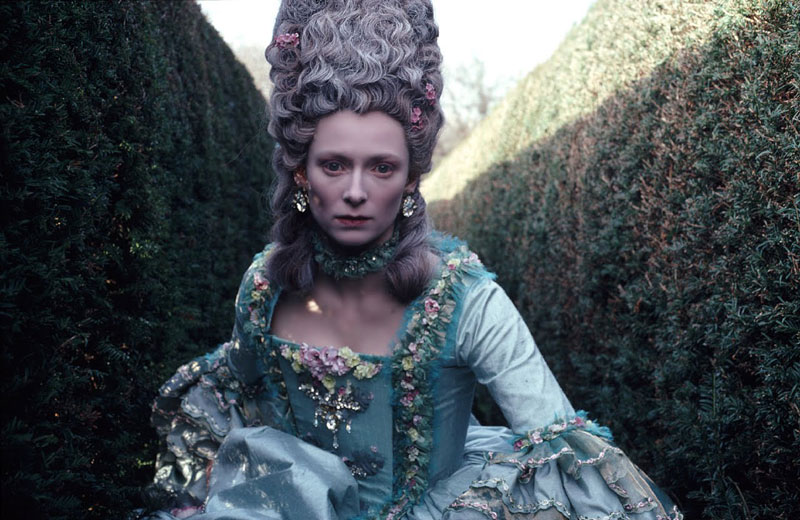 At times breathtaking, at times frustrating, Orlando is an always intriguing fiction that examines life, literature, social mores and sexual difference over the period of the last four centuries in England. Freely adapted by writer-director Sally Potter from Virginia Woolf's 1928 novel, the movie attempts nothing less than the deconstruction of Western civilization's patriarchal underpinnings. Orlando falls somewhat short of the mark regarding that objective but despite the inconclusiveness of Potter's critical analysis, the movie is continually thought-provoking and challenging. As a storyteller, Potter probably has more in common with British structuralist filmmakers like Peter Greenaway (Drowning by Numbers and The Cook, The Thief, His Wife and Her Lover) than with Woolf's prose style of precise illuminations. Residing at the core of Potter's Orlando is some fuzzy logic about androgyny as destiny, yet that does not really mar the incredible sweep of her story or its role as provocateur. As Orlando time-trips through the centuries, the movie presents itself almost as a series of tableaux that are ornately costumed, decorated, and staged. There are unforgettable images, ones such as Queen Elizabeth I's candlelit entrance on a barge, the royal party on the frozen Thames at which ice-skating waiters serve trays of food, the image of a woman's hoop skirt filling up an entire sofa, the audacity of having Orlando run through a maze of shrubbery only to emerge in another century. The historical detail is magnificent to behold (especially in light of the movie's modest budget). Moreover, it contributes to our understanding of how different social milieus both re-invent and perpetuate differentiated gender identities. The story begins in 1603 as the aged Queen Elizabeth I tells her favorite young nobleman Orlando, “Do not fade, do not wither, do not grow old.” In exchange for this incredible entreaty, she awards Orlando a magnificent estate. (Adding to the movie's gender-bending is the fact that the Queen is played by famed homosexual author Quentin Crisp and that he is attracted to the young nobleman played by actress Tilda Swinton.) Orlando goes on to live nearly 400 years and ends with the character still youthful and living in the late 20th century. The only difference is that after about 200 years Orlando goes to sleep one night -- following his inability to kill in battle -- and wakes up several days later as a woman. Orlando's attitude as he/she looks at this new body in a full-length mirror is, “Same person, no difference at all. Just a different sex.” (One of the movie's conceits is its occasional swipes at fourth wall conventions by having Swinton state directly to the audience her opinions of the ensuing events.) Yet, as a woman, Orlando loses all legal rights to her property and we are exposed to many other social customs and protocols that reinforce the belief in women as the second sex. Holding this highly mannered but incredibly beautiful work together is lead actress Swinton who appears in nearly every shot. Also a favorite of director Derek Jarman, Swinton conveys such an intelligence and grace that it penetrates and expands whatever material she is handling. Let's hope that the arthouse success of Orlando makes Swinton a more frequent visitor to our shores. 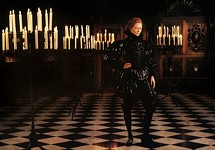 From the Vaults: Albert and Orlando
Women wear the pants in "Albert Nobbs" and "Orlando" 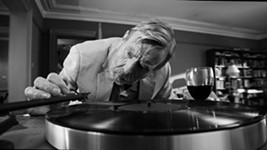 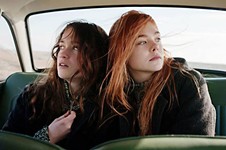