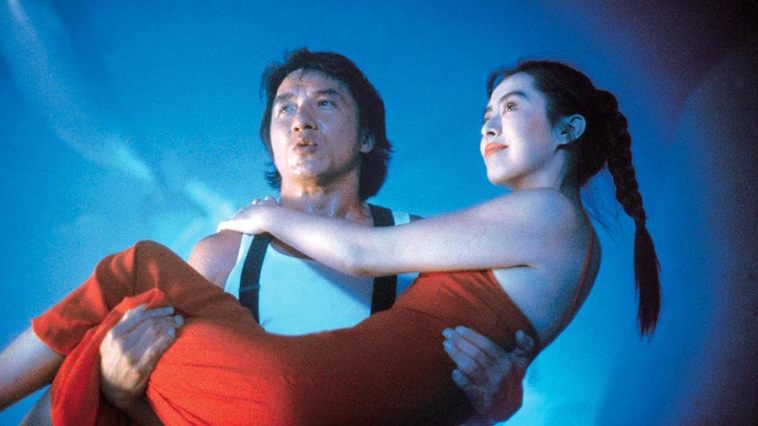 What a marvelously silly film this is! Packed to the hilt with non-stop comic book action (the whole schmeer is loosely based on the adult manga of the same name), rude sight gags, and Jackie Chan at his most leering, City Hunter is less a Chan film than a 105-minute Asian hybrid of Casino Royale and the Die Hard series (Russ Meyerisms abound, but must I get into that as well?). Here, superstar Chan is the ubiquitous “City Hunter,” a world class detective with a penchant for fist fights and gorgeous females. Indeed, if this thing weren't such an inspired lark, I'd be loathe to recommend it simply on grounds of its rampant Sixties-inspired go-go boot sexism -- I kept waiting for David Niven or Peter Sellers to appear, to no avail. Retained by a millionaire industrialist who wants his errant teenage daughter to come back home, City Hunter eventually finds himself aboard a cruise ship teeming with Pan-American terrorists, leggy female government agents, his sex-starved nymphet Girl Friday, and equally mixed nuts. Guns may blaze and chop-socky abounds, but, above all, this is an inspired parody on the line of the Eighties Flash Gordon (in an amusing, loopy homage to that film, every time our hero downs some thug, we hear what appears to be a disco chorus singing his praises -- “Citeeee-Hunteeer!”). A very, very strange film to begin with, director Wong ups the ante by including a “Where the hell did that come from?” dance routine featuring black spandex-clad MTV rejects and the endearing chorus “Happy Happy, Gala Gala.” This film has no shame, no taste, no sense of rhyme or reason or continuity and an utter lack of redeeming social merit. It's a brilliant, stupid waste of time that will leave you going “Huh?!” for days after. 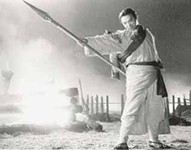