The Man Without a Face

Pretty boys can act screams this movie, Mel Gibson's directorial debut in which he also stars. (Yeah right, and white men can jump, says I.) Not since Mickey Rourke made Johnny Handsome in 1989, and before him, David Bowie in The Elephant Man, has an actor gone to such great lengths to prove that he's more than just another pretty face and should be treated as a serious áhk-tor. In The Man Without a Face, Gibson proves that it takes more than a great make-up department to create a great movie -- though it is interesting how his character's horrible facial disfigurement is conveniently arranged to allow him one good profile. Perhaps more accurately titled The Man with Half a Face, you can practically tell what kind of emotion each particular scene is going to convey solely by the angle from which Gibson's face is shot. The plot is fairly evident from the trailer; adolescent boy needs tutor, mysterious and embittered stranger needs to re-connect with humanity. What a pair -- the two biggest misfits in town, the imperious Justin McLeod (Gibson) or SIr, as his pupil calls him, and the pubescent Chuck (Stahl) or simply, Norstadt, as his mentor calls him. There's not all that much that keeps this story moving, and the set-ups are all obvious and predictable: basically, there's the mystery of how McLeod came by his scars and aloof ways and there's the familial color of Norstadt's troubled home life with his multi-divorced mother, ornery older sister and precocious little sister. It all builds to a climax that, in the real world, would have been completely avoidable, followed by a conclusion that concludes nothing. (To be fair, I must report that audience members whom I saw this with were applauding at the end.) Throughout, you don't even get the sense of one of those life-changing types of mentoring relationships occurring between the two. Nordstadt achieves his goal of learning enough to pass the entrance exams admitting him to his long-gone father's alma mater (a military academy) and Sir gets to act out a few relevant Shakespeare scenes (as if Gibson's recent film stab at Hamlet weren't enough to prove his lofty aspirations). Apart from the lack of clear vision concerning where the director and writer (Malcolm MacRury, also a novice) wanted to go with this story, the biggest problem with this movie is the frequent continuity gaps. I'd venture that there are more continuity gaffes per square inch in The Man Without a Face than you will see in any other movie released under a studio aegis this year. Usually, I am not so persnickety about such things, especially with first-timers, but the accumulation of mis-matched shots is so great that you have to wonder why some of the more experienced crew members weren't climbing the rafters to say “Whoa, Mel.” Likely, he wouldn't have heard them over the strains of “To Sir, With Love” coursing privately through his brain. 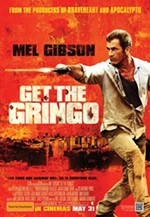 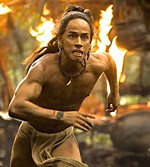