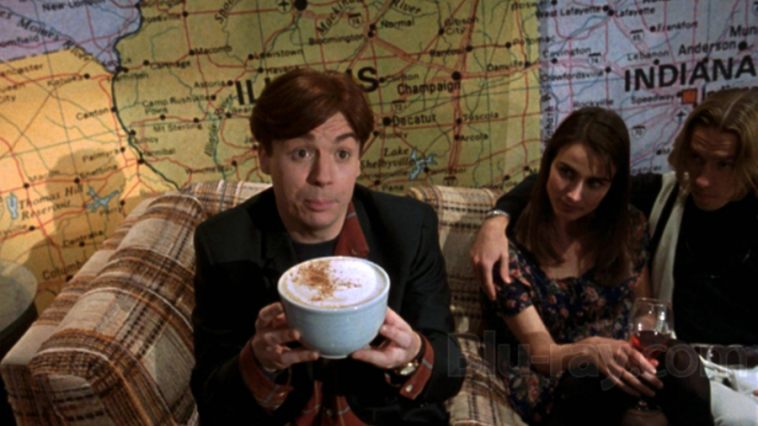 So I Married an Axe Murderer

What solid story there is at the heart of this Mike Myers comedy, his first since Wayne's World, is almost buried under the clutter of cameos and shtick designed to make it a vehicle for the star. Myers plays Charlie, a thirtyish neo-beat poet who can't commit to women until he meets Harriet, a snazzy blond butcher (Travis). He's ready to wed her, only he's haunted by a Weekly World News story of a woman who murders her husbands and thinks Harriet might be that woman. You can still spot screenwriter Robbie Fox's sound structure in the film, in the way Charlie's fear of commitment is played off his parents' marriage (it's at their 30th anniversary party that his need for a life partner masters his qualms about being hacked up on his honeymoon). But mostly you spy the red flags that shout Troubled Production and We Don't Know What to Do With This Script. They start with the first shot, a night helicopter ride over San Francisco (Beware the movie that can't figure a better way to get going than to show a skyline.) and continue throughout, from our first view of Charlie, making a lame joke about cappuccino in an oversized cup (Beware the movie that can't figure a decent way to introduce its main character.) to the way we never learn what Charlie does, besides spout poetry at this one club (Beware the movie that can't be bothered to give its main character a real occupation.) to the numerous cameos, roughly the same number as in The Muppet Movie. The reddest flag comes in the form of Myers playing Charlie's loudmouth dad, a Scotsman with a mean streak. Myers, in wig and jowls, gives a vigorous, hilarious performance. Unfortunately, it outshines Myers' lead work as Charlie (recalling Eddie Murphy upstaging himself in Coming to America. A Saturday Night Live curse?). The movie does have appeal. Every cameo -- Phil Hartman, Alan Arkin, Steven Wright, Charles Grodin, Michael Richards -- is choice, and the leads sparkle, notably Travis. She finds shades and strengths in Harriet that give her a surprising depth. Emotions play across her face like sunlight on a bay. But the film overall is a jumble, a stitched-together bunch of scenes that, while often funny, don't hang together very well, you know, like a TV Christmas special or a middling episode of SNL. Free-form sketch comedy can work in a vehicle like Wayne's World, but it leaves a story like So I Married... so, so marred. 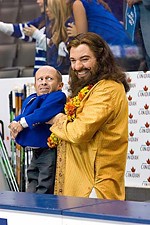 The Love Guru
Is it redundant to mock self-help culture? Not if you're Mike Myers and have a new sketch-comedy character to introduce.