Venezuelan-born writer/director Lopez successfully brings together an ensemble cast in this social commentary on the morals and sexual politics of the 1990s. Structured in an episodic fashion, the narrative does not necessarily adhere to a standard plotline. Rather, its trajectory moves through a related chain of events which result from the individual characters' actions -- actions that are fueled by the flames of erotic desire. The first link in this chain begins with a chanteuse named Alma (Fiorentino) who sings in a trendy Manhattan nightclub that is a cross between a 1930s Berlin cabaret and a cyberpunk/clubkids disco. Alma has just ended a relationship with her boyfriend, and one afternoon, he telephones her, urgently insisting that he needs to see her. Fearing that her ex will show up at her apartment, Alma flees to a nearby church, where her tearful prayers catch the attention of a workman (Koteas) who bears an uncanny resemblance to Christ. The workman -- Jesus (how convenient!) -- takes her hand and with a silent compassion, offers Alma comfort. But soon, his touches become more intimate and seductive and before long, the pair are locked in a passionate frenzy that begins in the church's basement and continues to Alma's apartment. She asks Jesus to have dinner with her, but he reveals that he has a wife and child to go home to. From this point forward, the consequences of Alma's sexual encounter with Jesus takes the viewer on a journey into the sex lives of various other characters -- a journey that cuts across class, race, and sexual orientation -- and which ultimately leads, full circle, right back to Alma. Lopez's direction is reminiscent of several of Robert Altman's films in that he is able to marshall an ensemble of characters in a complex scenario of shifting moods and settings, and still keep a level of comprehension and cohesiveness in the film. But unlike most of Altman's work, which seems to rely more on medium shots, Lopez chooses to use close-ups in the camerawork to pull the viewer more intimately into the emotions and behavior of the characters. Yet in doing so, the viewer also becomes absorbed into the lives of interesting, but for the most part, unlikable people committing despicable, selfish acts all in the name of their libidos. These negative aspects, however, actually make Lopez's film work as a message for the masses: Don't let an overactive libido make you a link in a chain of fools, or the chain of desire will lead to a chain of death. 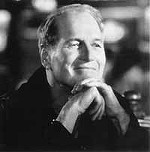 Where the Money is
Given the enormous success of his “Newman's Own” line of eco-friendly comestibles, I was concerned that Paul Newman might have finally given up the acting ... 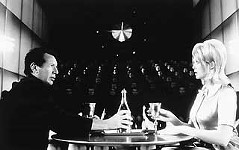 What Planet Are You From?
You know a film's in trouble when you see Ben Kingsley whirling down a toilet more than once in the course of the production. Just ...